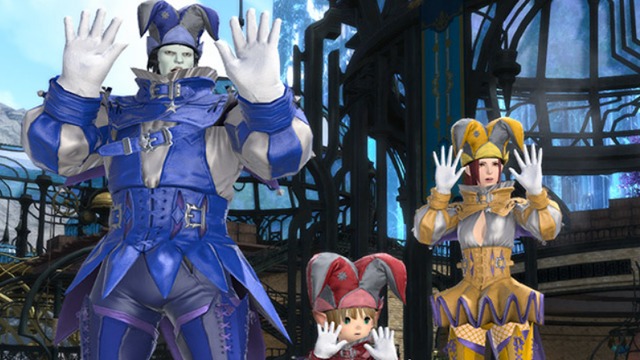 Square Enix has revealed that a new Final Fantasy XIV emote is now available that will allow players to pantomime certain movements. Quite literally called “Pantomime,” this emote is immediately available to purchase through the Final Fantasy XIV Online Store. The emote will cost $7. Additionally, a video was posted on the Japanese Lodestone website, demonstrating how the emote will function.

The demonstration video features a character dressed in caster attire as they perform the emote. The character in question behaves as though they’ve become trapped in a box, before eventually finding their way out. The emote itself features quite a fair bit of animation. A previous Letter from the Producer Live revealed the emote.

You can watch the “Pantomime” demonstration video below.

A recent Letter from the Producer Live revealed new Job changes would be arriving in Final Fantasy XIV. This included the addition of new Job actions, along with several balance changes. Additionally, a new video released, which demonstrates these new Job actions. The video also featured Job actions for the upcoming Reaper and Sage Job Classes.