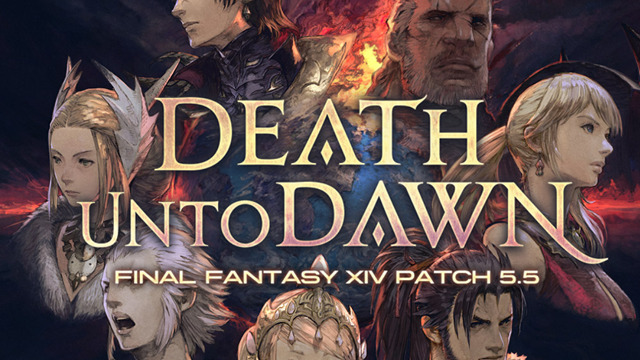 An official website for Final Fantasy XIV Patch 5.5, titled Death Unto Dawn, is available, revealing new information about upcoming features. Additionally, a key visual for the patch was shared. This new illustration features the leaders of the Eorzean Alliance, with characters like Aymeric, Lyse, and Raubahn among them. Alongside this, more details regarding the upcoming patch have been listed on the new website portal. [ Thanks, Gamer!]

This information includes the confirmation of a new Unreal Trial, more updates to the Ishgardian Restoration storyline, new minions, mounts, and emotes. However, this is strictly information about the first part of the upcoming patch. Previously, Square Enix revealed that Final Fantasy XIV Patch 5.5 would be split into two parts. The first part is scheduled to arrive in April 2021.

This patch will also continue the main scenario, leading up to the release of the next expansion. However, players will need to wait for the arrival of the second part of Patch 5.5 to see a definite conclusion to the Shadowbringers storyline. Other content that will arrive with the upcoming patch include the new dungeon, Paglth’an. Players will also have access to a new battlefield for the Save the Queen Relic Quest storyline called Zadnor.