Dingaling Games’s LISA is one of the wildest RPGs to have emerged in the past few years. It concerns a post-apocalyptic world where no women are left (except one, it turns out) and the men run a violent, perverted society among themselves.

They play Russian Roulette (the lethal variation), entertain themselves with male sex workers, and take copious amounts of drugs to get through the days. In this fiction, the men have encourage the decaying of human intelligence, until all that’s left is a mess of hair and stink.

You travel across the world, gathering up party members, and having to constantly make sacrifices to make it through. Perhaps you trade a party member for an item, or chop off your arm in order to pass through a barricaded area; the sacrifices are hefty.

LISA was released on Steam on December 15th, and so Siliconera caught up with solo designer Austin Jorgensen to, at first, find out more about the person who made this unique RPG. But he also talks about dark humor, his discontent with AAA games, and why he’s making the sacrifices in LISA so harrowing. 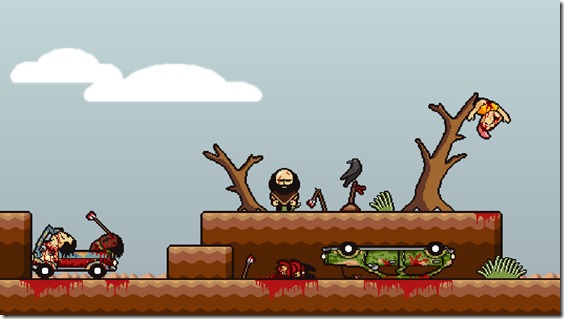 As we don’t know much about you, let’s start with finding out your creative background – have you always been making games? What types of themes and styles do you like to explore?

Austin Jorgensen, designer: I have not always been making games. LISA will be my first serious and somewhat organized attempt at game development. I really think story is very important for video games. Otherwise it’s truly just something to waste your time, i.e., most mobile games, casual games, etc.

The key to good story telling (and gameplay in my opinion) is to have HIGH stakes. When you win, you feel great, when you lose, you know you really screwed up. That’s what I like to explore.

What do you cite as your main influences as an artist and a game creator? What types of games do you tend to play and appreciate?

Earthbound, Pro Wrestling, Dark Souls, Walking Dead, and Zelda. I actually have real come to resent video games. I think for every GOOD triple A title, there are 100 bad ones… So I often don’t play games unless I really trust that the content will be fulfilling in some regard.

With that said, the current games I like are Metal Gear, the Souls games, and my guilty pleasure is fighting games… even though I really suck at them. 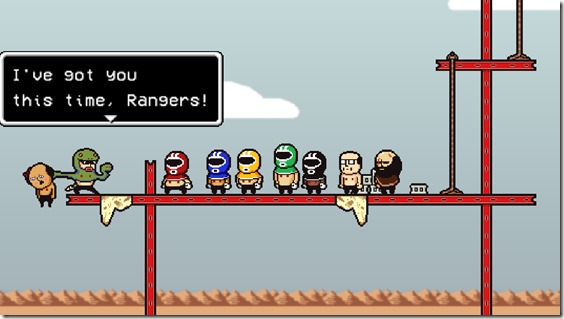 This is your second game called LISA. Why do they share the same title – do they take place in the same world, or is there a common character?

Honestly I have no good reason for why they share the same title… But they do relate to each other very much. It’s not needed to play LISA “the first” but it will give you more insight into the character LISA.

Is there a history to how the world of the game is now entirely populated by men? Is this something that will unfold across the course of the game? If so, how?

There is indeed a reason, I’m not sure many people will figure out why, but I will be releasing the Stretch Goal game starring Buddy, the only female character left in the world. This game will give a deeper insight into what’s really going on. Even without the Buddy game, there are still clues that point to the truth of the game.

Are you making any kind of commentary with LISA? Perhaps about masculinity, humanity, or anything else?

Hell no! Maybe on accident… I knew very early on that I would try to avoid preaching anything… I only want to tell a story. Subconsciously, it may be my satirical take on masculinity and humanity, but I hope it doesn’t come off as me trying to push any views on people… 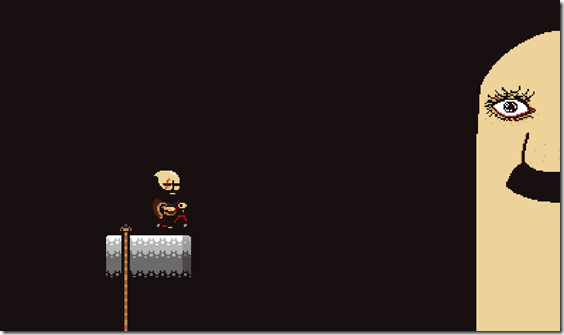 You’ve mentioned that there plenty of secrets to find. Why are they worth looking for? Do they add to the world, or do they perhaps offer stat boosts, or anything like that?

The main story focuses on Brad (the main character) and Buddy. Everything else story wise is up to you to find. On top of that there’s 30 party members for your team, a lot of them are tough to find/get. Then finally! There’s a lot of just weird stuff to witness… So yeah, explore!

Why did you want LISA to have the player make sacrifices, and such brutal ones, too? What are the range of sacrifices that can be made in the game?

Because if your not frozen in your chair with your mouth wide open then I’m wasting your time. I really, really want to take the player on a wild ride. As a developer I’m very limited with my tools. The sacrifice element is my way of trying my best to really get the player to FEEL something.

The range of sacrifice is very dark… And in the Buddy game it will only get worse… I think I’m really going to get in trouble with people. 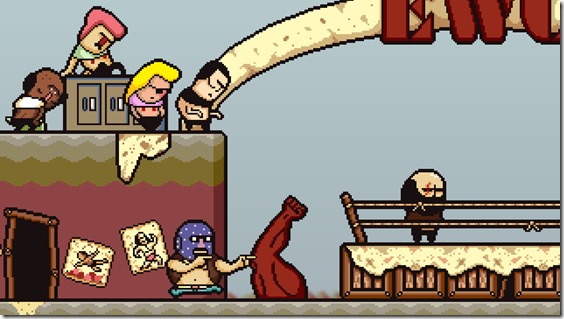 While being gross and violent at times, LISA also seems to be comedic in places, or so it seems. If this is correct, how have you approached adding humor to the game? Is there anything you won’t joke about?

Yes, I love this question. There are indeed a lot of things I don’t think should be taken lightly. Dramatically, I may have crossed some lines, but comedically I don’t think I joked about anything too bad. Most of the time things are implied, which means I plant things in your head, but it’s your sick minds that are growing the trees into something darker!

What’s your plan after releasing LISA? Will you continue to make games full-time? Will you use Kickstarter again if you need to?

No clue… I have some ideas for some really stupid messed up games, but you never know. I would hope that financially I won’t have to use Kickstarter again.