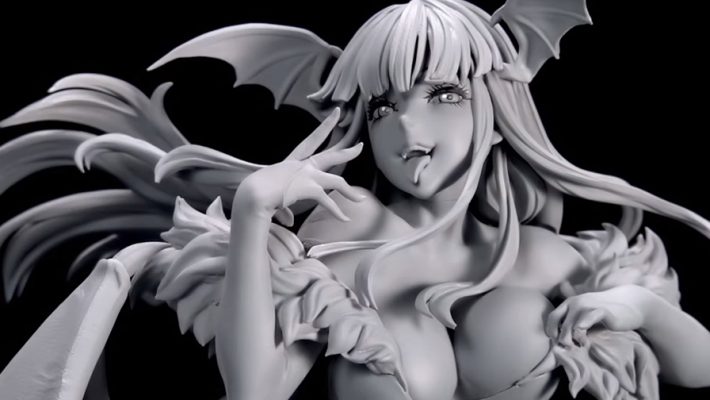 Kotobukiya uploaded a new YouTube video on the progress of the Morrigan Bishoujo statue. The company stated that this is the first in a three-part video series on the Darkstalkers fan-favorite. The promotional clip showed a panoramic view of the statue’s first sculpt along with rough sketches by Shunya Yamashita.

The first video in the series highlighted the sculpt reveal in dramatic lighting, showing off the unpainted statue from multiple angles. Additionally, Yamashita’s sketches showed the original vision for the Scottish succubus’ Bishoujo design, including a new look from behind. First announced back in February 2021, Kotobukiya stated that Morrigan will be “the first in line of the Darkstalkers Bishoujo series.”

Other upcoming characters in Kotobukiya’s Bishoujo series will include ladies from fighting games like The King of Fighters ‘98 and SNK Heroines: Tag Team Frenzy. The company also has a spin-off line of statues called Bishoujo Remix. The first character to get the remix treatment was Hatsune Miku.

Kotobukiya promised more behind-the-scenes information on the Morrigan Bishoujo statue coming soon via two additional YouTube promos. Fans can expect a video on the illustrating and sculpting aspects of the figure in June 2021. Afterward, Kotobukiya will have a video on the painting in July 2021. The company will share future updates and information on its social media outlets.