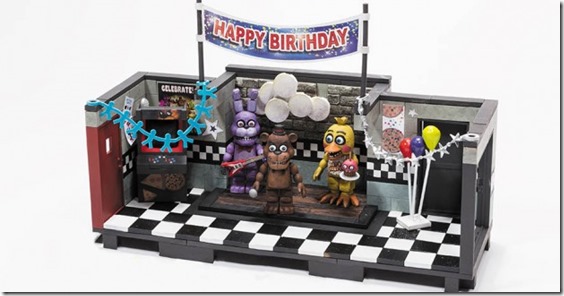 McFarlane Toys is looking to bring tiny versions of Bonnie, Chica, and Freddy Fazbear into your home in August 2016 with a series of Five Nights at Freddy’s playsets. (thanks Comic Book Resources) 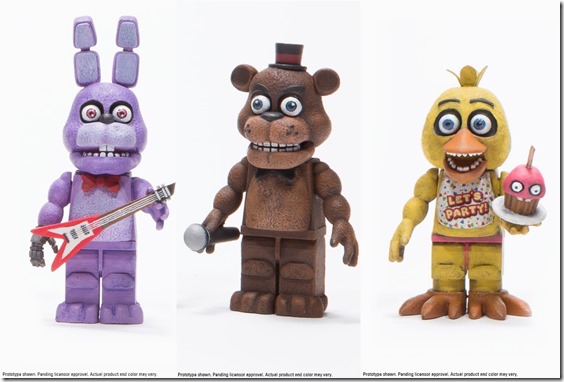 The first announced set, the stage area, is a WalMart exclusive, coming with the three figures shown above (although their designs are not final) along with party balloons, an arcade cabinet, and other items to decorate the set.

The 3 inch, 314 piece construction set is projected to retail for $29.99. Further sets will be released which can be paired with the stage area set, eventually completing the camera map from the game.