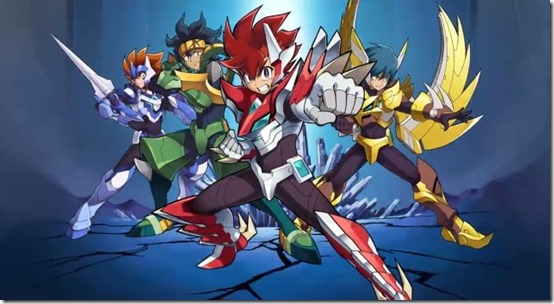 Capcom’s upcoming 3DS action game, Gaist Crusher, will have you take on the role of heroes who will be taking out metallic enemies, known as Gaist, by using a wide range of weapons, and also by transforming into Gaists themselves. In Capcom’s recent event for the game, they showed off a new trailer and a closer look at the “Gai Metal” attachment that players will be able to hook onto their Nintendo 3DSes.

Steel City is under attack by the mysterious man named Cipher, and his organization “Erazer”. It’s up to Recca and the rest of the Gaist Crushers to defeat them, and bring peace back to their hometown. Sakura Sango, Captain Bana and the others from the GCG (Gaist Crusher Garrison) will be on hand to support the fight against evil as well.

The trailer shows off the recently revealed “Extreme Form” that allows the heroes to transform into their Gaist forms, further granting them tremendous powers. Upon defeating the enemy Gaists, you’ll have to continue hitting them in order to acquire Gai Metal, which can be equipped to enhance your Gaist Gear.

At the 1:50 mark, we get a closer look at Cipher, who summons a new Gaist called Ayakashi Nine-tails. According to the villain, the power of the Gaist is enough to allow Erazer to take over the world. The Gaist Crushers will have to unite their forces to take on this formidable foe. 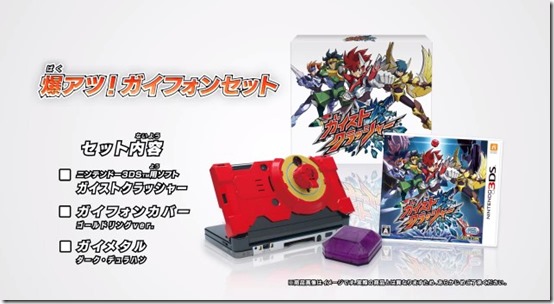 During the event, Capcom shared a closer look at the Nintendo 3DS Gaiphon Cover attachment, that allows you to attach Gai Metals which grant exclusive in-game Gaist Gear. The Gai Metal toys can also transform into figurine forms of their respective Gaists. The Gaiphon set that comes with the game, 3DS attachment, and a Gai Metal will also be available for 5,990 yen.

Here’s a closer look at the Gaiphon Cover and Gai Metal: 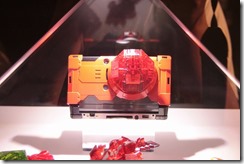 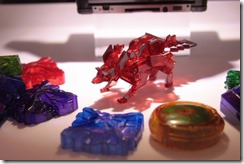 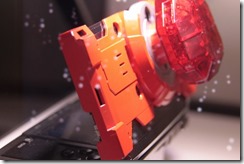 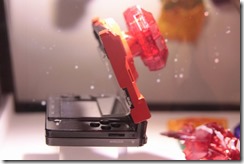 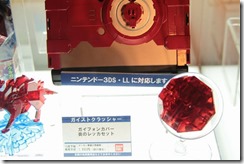 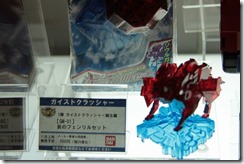 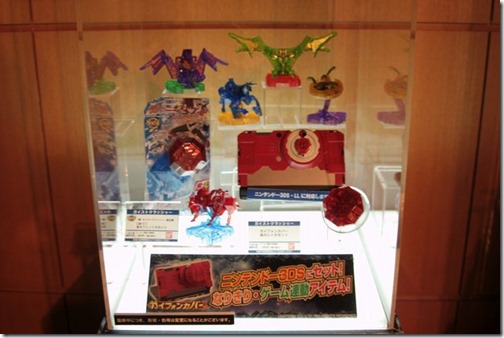 Gai Metal and various other toys will be available later this year, around the time Gaist Crusher hits stores on December 5th for Nintendo 3DS.