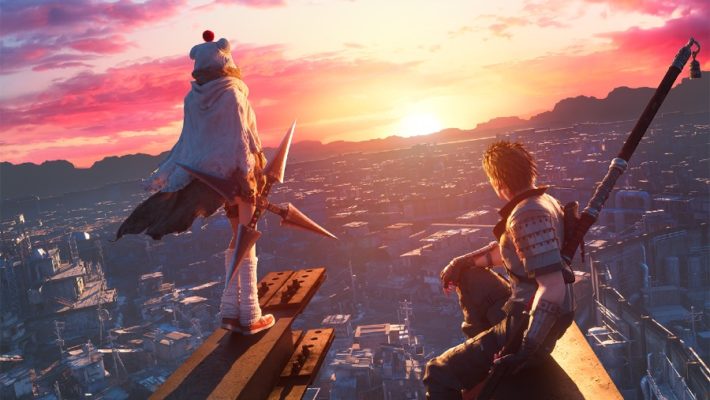 GameStop announced it will have a FFVII Remake Intergrade pre-order bonus, which is a special Steelbook case for the PS5 game. The company noted that it is a limited item available “while supplies last” and will give people an alternative way to protect the disc. Physical copies cost $69.99 at the store. [Thanks, Wario64!]

The promotional art offered a better peek at the FFVII Remake Intergrade Steelbook case GameStop offers. Its focus is on the FF7R INTERmission DLC starring characters like Yuffie and Weiss the Immaculate. The front of the case will have the key art of Yuffie and Sonon looking out over Midgar. Yuffie is holding her iconic shuriken and wearing her Moogle cloak. Inside, the Steelbook features the key art of the game’s main cast, with Red XIII, Aerith, Cloud, Barret, and Tifa shown. 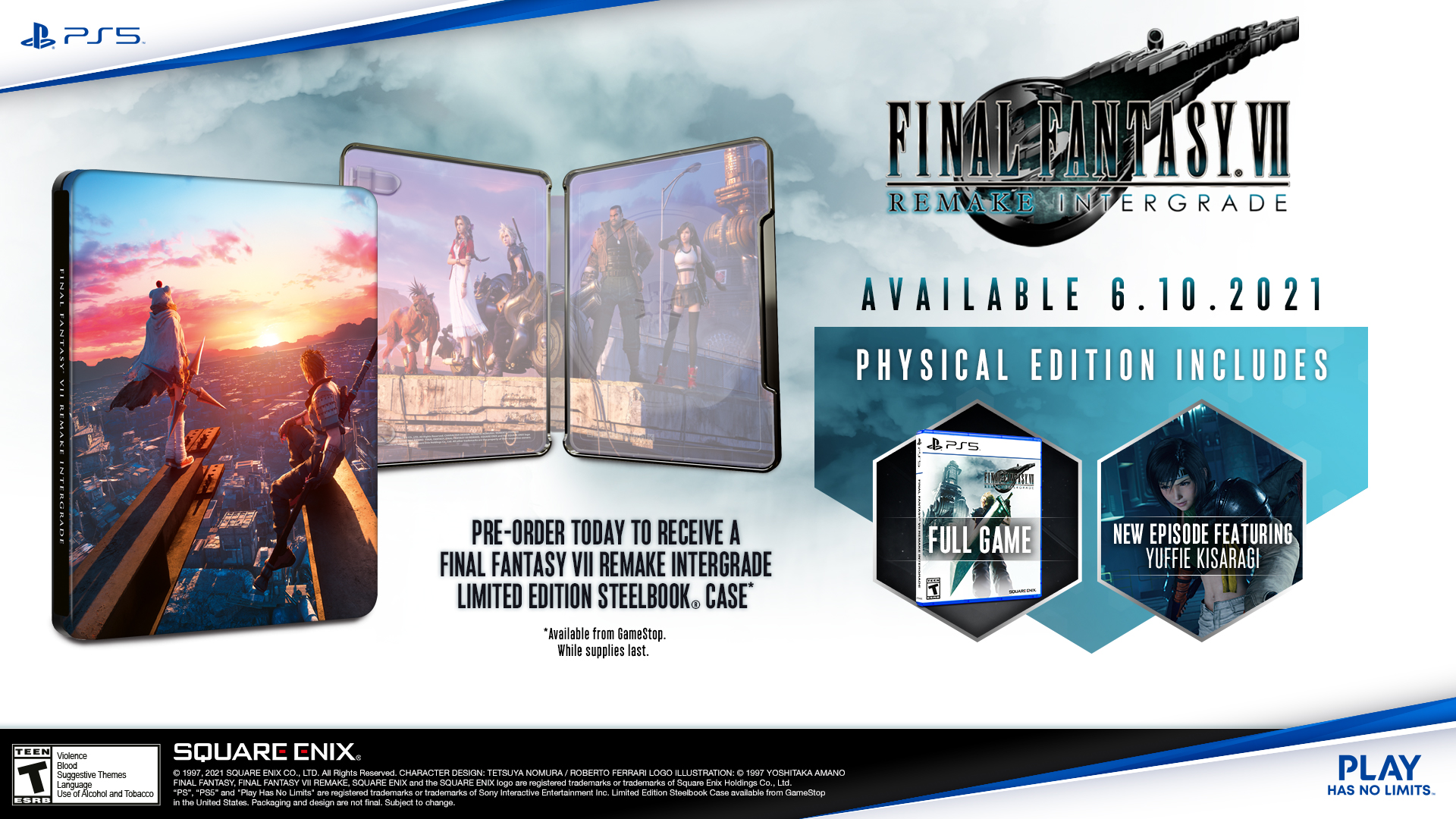 As a reminder, the PS5 version of FFVII Remake will have a number of new features. In addition to the Yuffie DLC, there will be visual upgrades and a new Photo Mode.

Final Fantasy VII Remake Intergrade will come to the PlayStation 5 on June 10, 2021. People who purchased PS4 copies will get a free upgrade, but will have to purchase the Yuffie DLC separately. The FF7R INTERmission DLC will debut that same day.