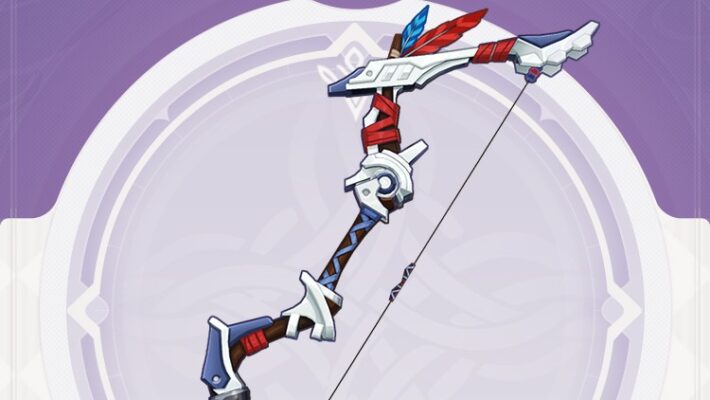 There won’t just be a free Aloy from Horizon Zero Dawn heading to Genshin Impact. There will be a weapon too. The official PlayStation Twitter account shared details about the equipment, which will be given to PS4 and PS5 players. When Genshin Impact 2.1 launches, people at Adventure Rank 20 and up will get Aloy’s Predator Bow.

Aloy’s Predator Bow will be a four-star weapon in Genshin Impact. It will only be available for PS4 and PS5 players. It is designed to enhance Aloy’s abilities specifically. The official description for it is as follows.

Dealing Cryo DMG to opponents increases this character’s Normal and Charged Attack DMG by 10% for 6s. This effect can have a maximum of 2 stacks. Additionally, when Aloy equips predator, ATK is increased by 66.

While the Predator Bow is designed with Aloy in mind, there are other existing characters who could make use of it. Both Diona and Ganyu are also Cryo archers. So while they wouldn’t get the ATK bonus, the weapon’s other effect would apply to them.

Genshin Impact is available for the PS4, PS5, PC, and mobile devices. It will also eventually appear on the Nintendo Switch. Aloy’s Predator Bow will be sent via in-game mail to all PS4 and PS5 players over AR 20 between the Genshin Impact 2.1 and 2.3 updates.