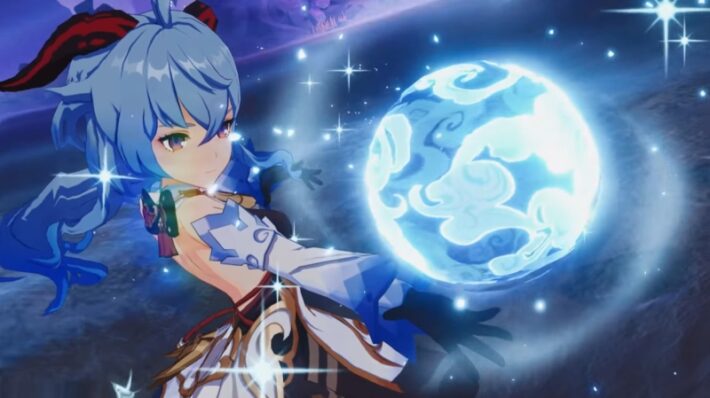 Developer miHoYo is celebrating the first Genshin Impact anniversary with a new promotional video and a new browser-based web event. The kickoff was announced via the official game Twitter account, as well as on the HoYoLab Community site. The video, titled “Together on a Long Journey,” was uploaded to the official YouTube channel.

The anniversary video depicts Genshin Impact characters and scenery from across the known areas of Teyvat. Characters like Venti, Amber, Xiao, Keqing, Beidou, Ayaka, Yoimiya, Hu Tao, Ningguang, Kazuha, and Ganyu all make an appearance. Similarly, the video shows off boss encounters with the Maguu Kenki and Azhdaha.

More substantial is the web event titled “An Unforgettable Journey,” which is accessible from a link in the official Tweet announcement, or via the in-game news post.

Anniversary Web Event "An Unforgettable Journey" Now Online: Watch your own anniversary theater to obtain Primogems and other rewards

The Unforgettable Journey web event shows a personalized anniversary theater highlighting individual players’ journeys through Genshin Impact. Not unlike the year in review features on social media platforms and services like Spotify, the site surfaces various statistics and dates based on in-game milestones. The stats are accompanied by chibi-style visuals, animated like a stage play reenacting the Traveler’s journey. 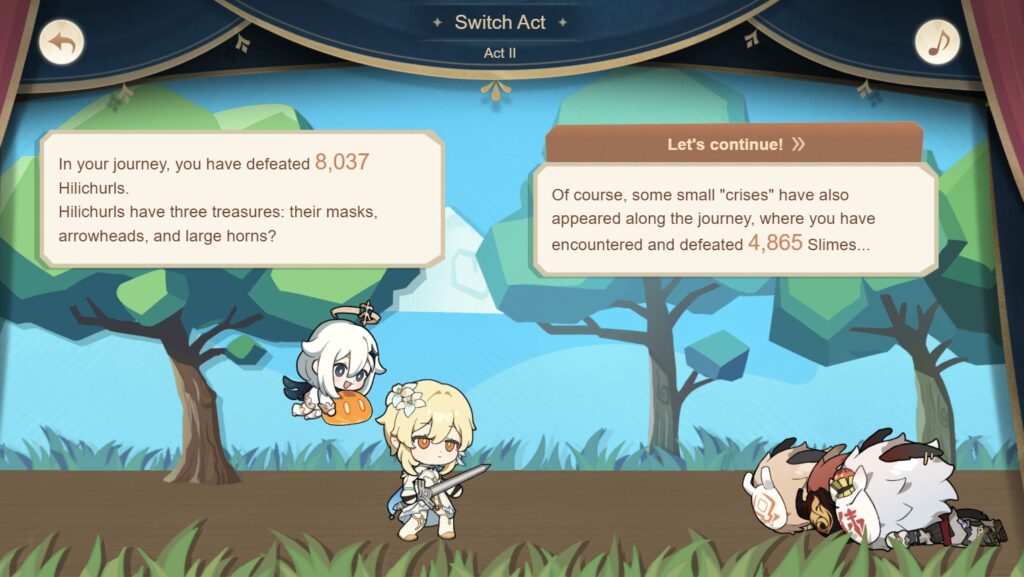 The Genshin Impact anniversary theater references a number of elements that have since become popular among players. Things like accidentally killing the pigeons and ducks cared for by the NPC Timmie, or the requests players fulfilled as part of the game’s reputation system. The presentation also offers different choices as to the journey itself, such as recapping players’ time in the Golden Apple Archipelago summer event. Players who watch the presentation to its end receive Primogems as a reward. They can earn more by sharing “Theater Themes” based on player milestones.