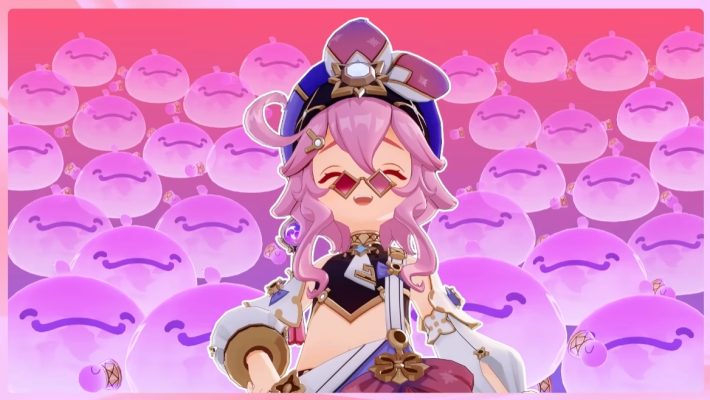 HoYoVerse continues to showcase the new characters being added to Genshin Impact, like Dori, the most resourceful merchant in Sumeru. Unpredictable and hard to pin down, she has ways to get you anything you need – and things you didn’t know you needed.

A new character demo video from Friday emphasizes the Electro character’s prowess in combat as well.

The Genshin Impact Dori character demo reveals her as an Electro-element claymore user. She’ll be the third one after Razor and Beidou. That said, she uses her claymore differently than her peers, letting her little Jinni buddy do most of the swinging. Dori is voiced in English by Anjali Kunapaneni. She also voiced Kiriko in Tokyo 24th Ward and Fuku in Demon Slayer. In Japanese, she’s voiced by Tomoko Kaneda, who played Chirithy in Kingdom Hearts 3  and Chiyo from Azumanga Daioh.

A blog post on HoYoLab detailed more about Dori’s talents and abilities. Unlike other Electro claymore characters, Dori is calibrated as a Genshin Impact support unit. Her abilities are designed to help her teammates restore health, regenerate energy, and cause damage to nearby foes. Her Elemental Skill, Spirit-Warding Lamp: Troubleshooter Cannon will fire a projectile that causes Electro damage to an enemy. The projectile also spawns two “After-Sales Service” projectiles to deliver a follow-up hit. Dori’s Elemental Burst, Alcazarazay’s Exactitude summons her Jinni buddy, putting down her magic lamp as a stationary beacon. The beacon connects to the active character in a line. The line will continuously restore HP and regenerate energy. Any enemies the line passes through take Electro damage.

Genshin Impact will add Dori on a new summoning banner that includes Kokomi and Ganyu in the latter part of the 3.0 update. The current summoning banner features the Dendro characters Tighnari and Collei. Players who participate in the “Graven Innocence” event can gain a free copy of Collei.