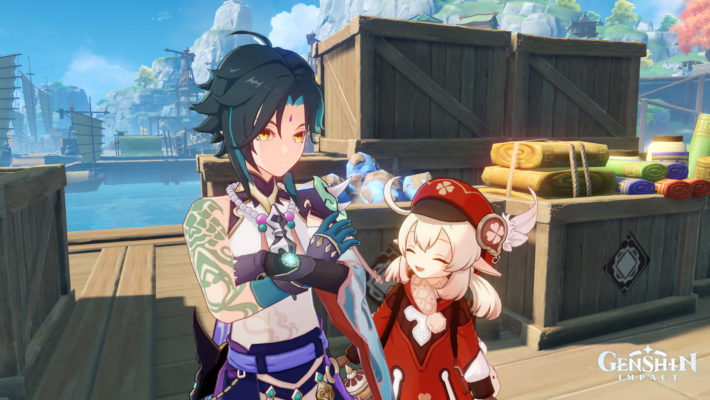 Sony and miHoYo announced the Genshin Impact PS5 version today. The game will have its own specific iteration appear in Spring 2021. The initial reveal confirmed that DualSense support will be among the unique features.

The announcement tweet didn’t say exactly how the DualSense will be used in game. (The title does have a number of archer characters, so adaptive triggers could be used.) It also confirmed it will load more quickly and run in 4K. .

Here’s the Genshin Impact PS5 trailer. It starts by showing off a number of different five-star characters. To be specific, Diona, Klee, and Albedo start by stealing the show. Then, we get to see people like Beidou, Ganyu, Hu Tao, Qiqi, and Xingqui. At the end, it closes by suggesting this version of the game is coming “soon.”

This means there’s only one known version of Genshin Impact still unaccounted for so far. miHoYo said that it is also going to bring the action-RPG to the Nintendo Switch. However, there haven’t been any updates on that version’s progress.

Genshin Impact is immediately available on the PS4, PC, and mobile devices, and the PS5 version will arrive in Spring 2021. The Nintendo Switch version of the game is also in development. At the moment, the big in-game event is Mondstadt’s Windblume Festival, which will run until April 5, 2021. The next character to join the cast will be Rosaria.