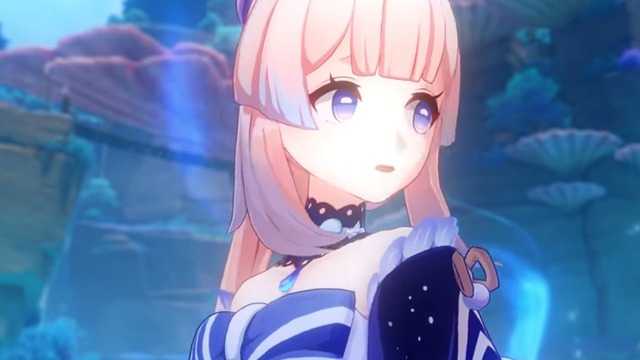 miHoYo has released a new Genshin Impact character demo video for Sangonomiya Kokomi. This video details abilities that were previously revealed through the official Genshin Impact website. The video is immediately available in Japanese and English.

Like all previous character demonstration videos, this short video highlights the array of animations that will accompany this character upon release. Additionally, it gives viewers a firsthand look at how some of Kokomi’s skills will function. It also provides a bit of backstory and a brief glimpse as to what her personality will potentially be like. As a Hydro character, Kokomi utilizes water to attack enemies and heal her allies.

You can watch the Genshin Impact Sangonomiya Kokomi character demo video in English below.

Genshin Impact is immediately available on PlayStation 4, PlayStation 5, PC, and Android and iOS devices. A Nintendo Switch version is currently in development.