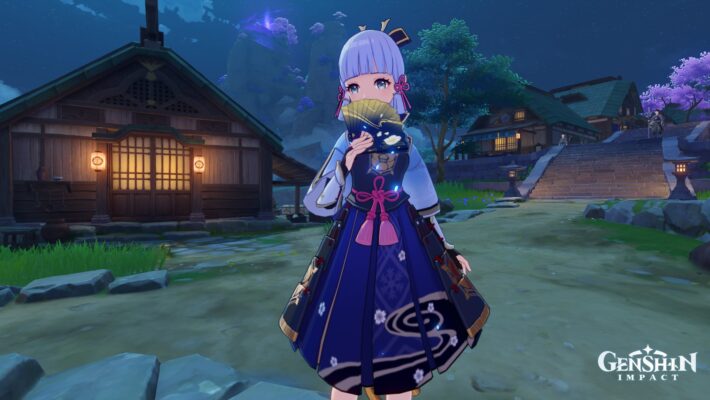 A new Genshin Impact web event kicked off on July 26, 2021, and this time the star is Ayaka. As part of the activities, you’ll be “welcoming” her to the game. In the Genshin Impact The Heron’s Invitation, you’re giving gifts to get gifts.

Here’s how the event works. You’re trying to get high quality gifts for Ayaka from four of the Genshin Impact Inazuma stores during The Heron’s Invitation. You need to get her Delicious Tricolor Dango, Delicious Tuna Sushi, Luxurious Fabric, a Luxurious Kimono, a Luxurious Mask, and a Luxurious Tachi. Since the shops won’t always have them, you’ll have to keep revisiting them to get all the items. Once you collect them all, you can present them to Ayaka to get Primogems, Mora, and the Shivada Jade Fragments you’ll need to ascend Ayaka (or other Cryo-type characters) in-game.

Taking part in the Genshin Impact web event follows the same protocol as usual. First, you have to be at Adventure Rank 10. If you’re playing a PC or mobile version, you head to the official site. People playing on the PS4 or PS5 will need to click the link in their in-game mailbox and scan the QR code on their phone or mobile device.

Genshin Impact is available for the PlayStation 4, PlayStation 5, PC, and mobile devices. It will also come to the Nintendo Switch. The Genshin Impact The Heron’s Invitation web event will run until August 2, 2021.