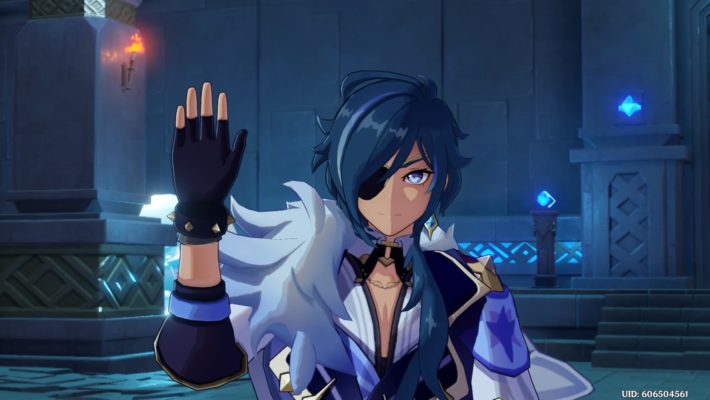 Genshin Impact is a gacha game, to be sure. Some of the coolest and strongest characters are locked away behind that 0.06% rate. (Though, as Lloyd Christmas would say, “So you’re telling me there’s a chance.”) But what’s so great about the game is that the free characters we’re getting are really great at giving us folks with personality who are also useful as we make our way around Tevyat. And, when it comes to the finding your footing, Genshin Impact’s Kaeya can be one of your absolute best friends.

By the time you finish Genshin Impact’s tutorial, Kaeya will be a part of your main party alongside Amber and Lisa. It might be tempting to bench him the second you get another character from the gacha since he and the avatar share the same sort of weapon, but he’s a fantastic asset when first making your way through the world for a number of reasons. 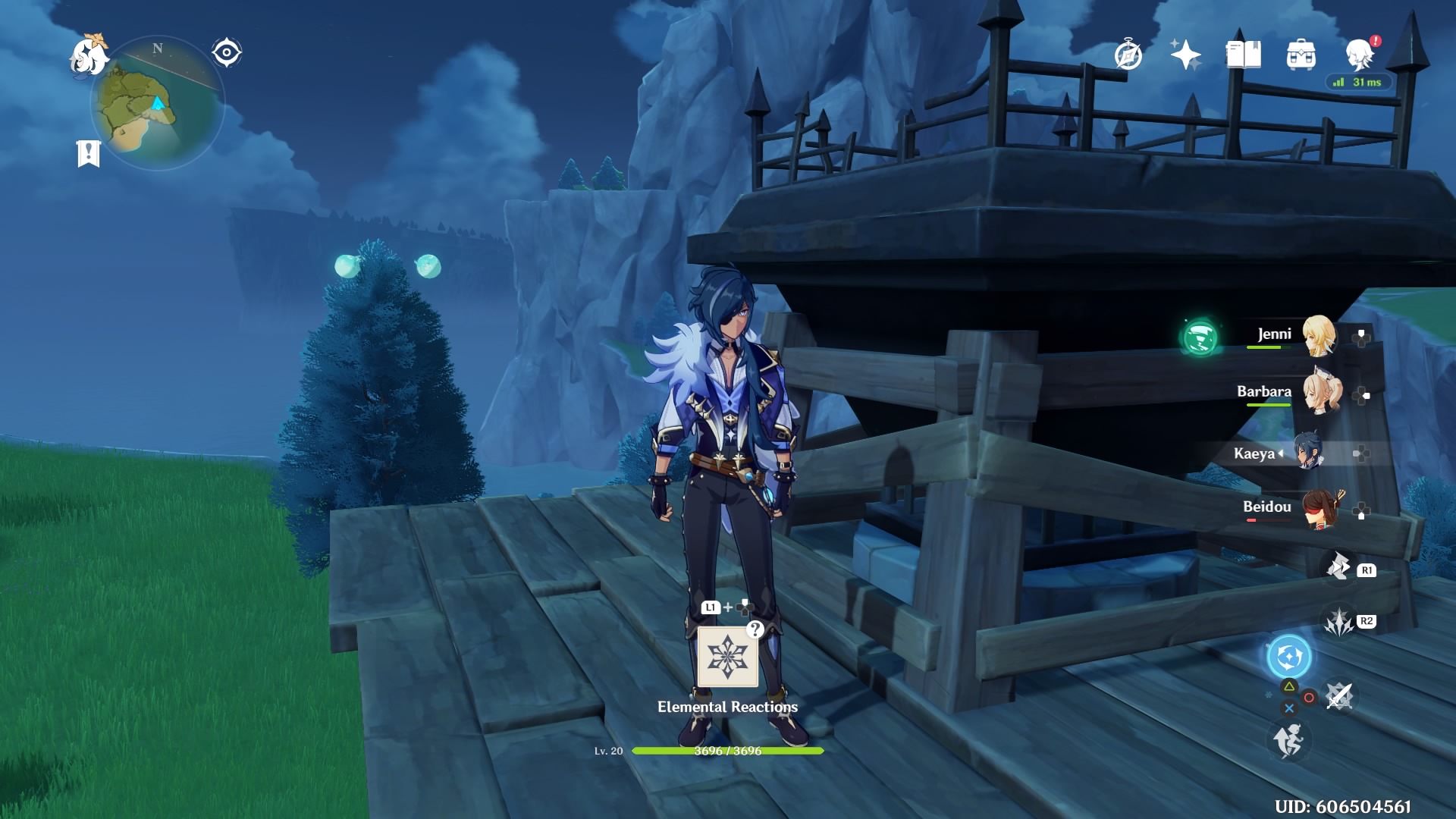 First, he’s a really handy fighter to have around. When you trigger his normal combo, the fifth strike will actually have him teleport behind the foe for a back attack. This is especially handy against Hilichurls with shields, since it ignores that if they are defending, and I’ve found it is helpful when facing an Abyss Mage since that final hit gets you out of their line of sight when they might be readying a magic attack. Combine that with him working very well with Barbara for triggering the Frozen status effect, and he can be a godsend. Especially if you’re just figuring out your counters and parrying and maybe not ready to play as a character like Beidou who relies heavily on them.

He so helpful with exploring at the outset too. This is all due to Frostgnaw, his Cryo attack. The initial area we have to explore has a big lake and a lot of water that could hide areas where you might find environmental items to activate or treasure. But you also might not have the stamina needed to explore all of those. Frostgnaw will freeze water if used near it, allowing you to create a path for Kaeya to walk on. Since the skill only has a six second cooldown, it makes traveling a lot easier and safer. (Plus, well, you’ll have other Cryo pillars to activate as you explore and might not have gotten Chongyun or Qiqi from a banner.) 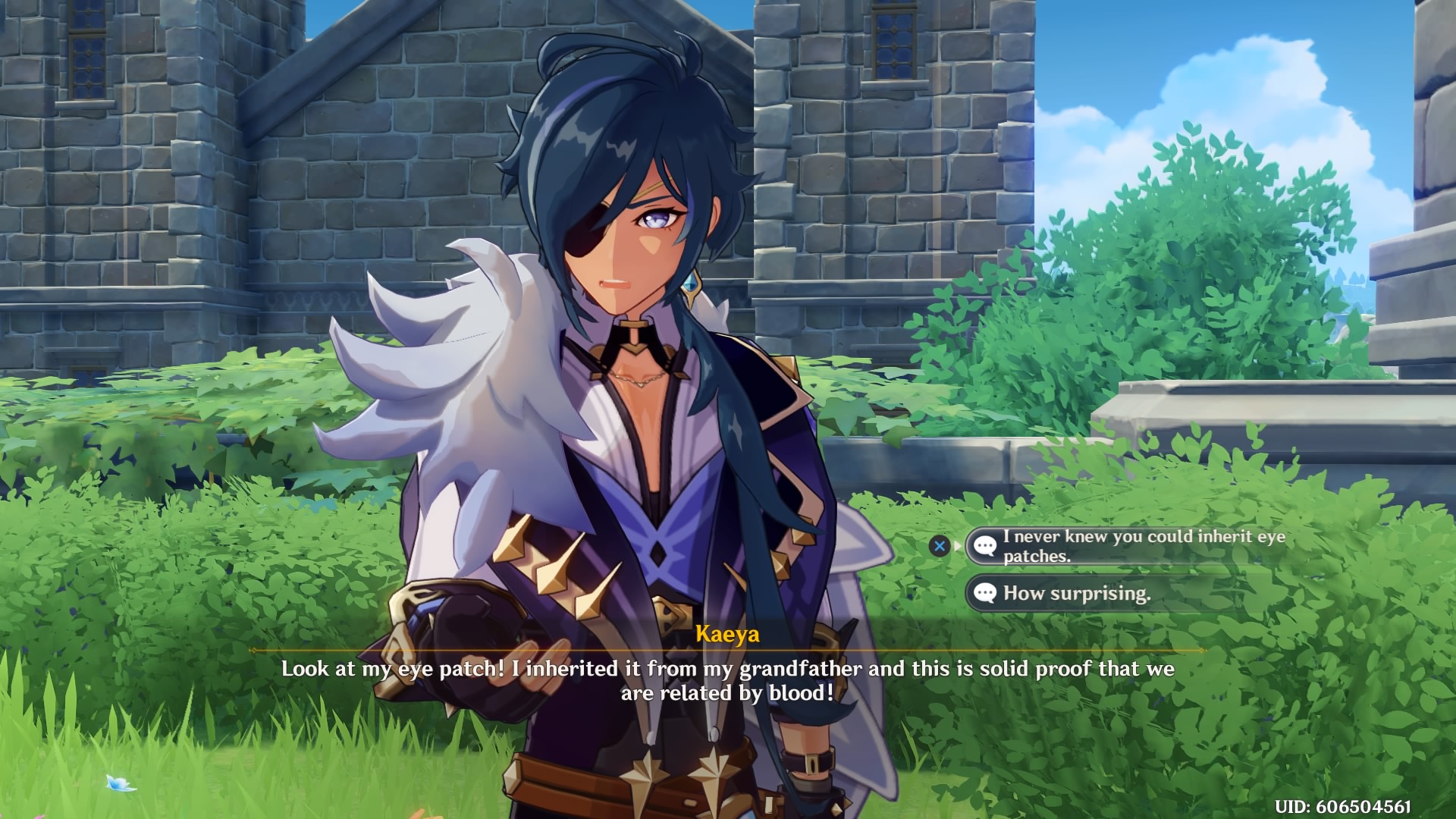 Also, and this could just be me being frustrated after hearing my female default avatar sigh about every five seconds if I leave her standing still for a second, but Kaeya’s personality makes him generally fun to have around. He’s a playful, witty sort of character. For example, his Secret Pirate Treasure story quest is a lot of fun and I didn’t expect it to go where it did by the end. His interaction with Diluc in adds a bit of mystery to the character and teases where the story could go. Not to mention I’d rather hear him flipping his coin than somebody gasping if, heaven forbid, I need to take a second to get something to drink. He’s a breath of fresh air.

Kaeya is a generally helpful ally to have around. While it could mean having a duplicate weapon user in your party, his positives really help make up for it. His basic combo is strong. His Cryo attacks make it easier to explore the world safely and without squandering stamina. Sure, you might eventually want to bump him for someone like Diluc or Qiqi if you can, but he’s good to have around.

Genshin Impact is available for the PlayStation 4, PC, and both Android and Apple iOS devices. It will also come to the Nintendo Switch.