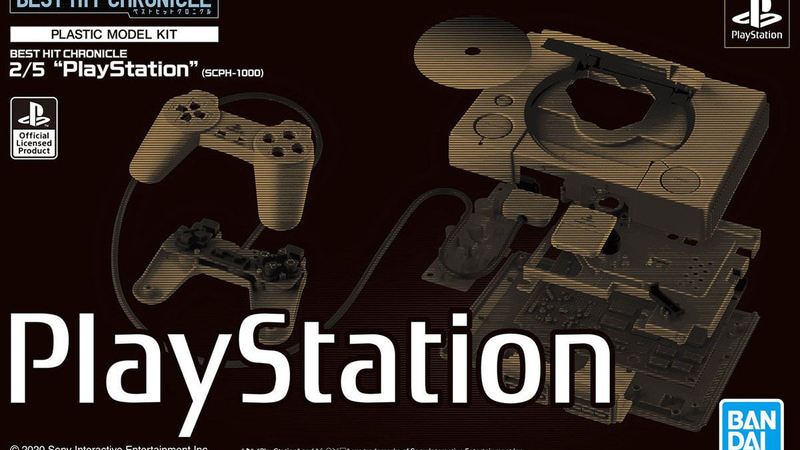 Bandai Spirits previously announced these console kits at the end of 2019. These plastic model kits are 2/5ths scale, offering a slightly bigger than palm-sized console that can be displayed. Additionally, even though they’re plastic, they are designed to be sturdy. They’re also quite detailed, faithfully recreating both consoles. They even come with fake game discs that you can pop inside for extra realism.

Each Bandai Spirits PlayStation and Sega Saturn kit will come with the console, a controller and lots of buttons and parts that even recreate their internal components. You’ll also find decals and stickers, including labels and brand logos. Furthermore, the PlayStation console will come also with its classic memory card.

Next, here’s a look at the Sega Saturn model: