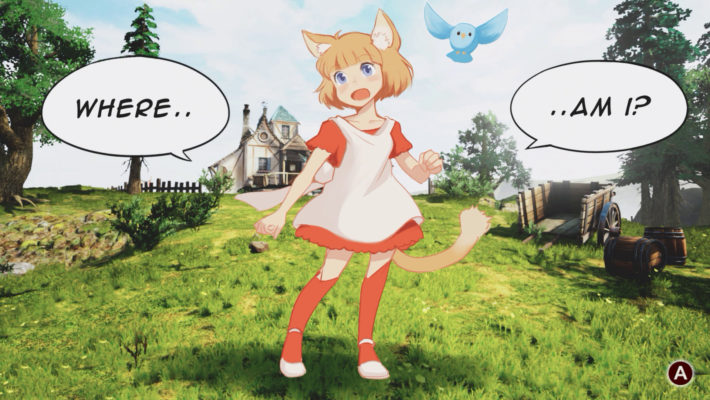 Remember Giraffe and Annika? It’s an indie adventure game involving some cute characters with animal qualities and rhythm-based battles. Basically, you go through the story to help an amnesiac girl find star fragments and reclaim her memory while fighting the witch of the forest, Lilly. It showed up on PCs worldwide back in February 2020, and now NIS America will bring the Giraffe and Annika Switch and PlayStation 4 ports to North America on August 25, 2020, Europe on August 28, 2020, and Australia on September 4, 2020.

In addition to NIS America acting as a publisher to get the digital Giraffe and Annika Switch and PlayStation 4 copies out there, it is also ensuring the indie gets physical copies. Both versions will get a Musical Mayhem Edition. This NIS Online Store collector’s edition gives people the game, a set of three patches, Annika’s Adventure Log art book, and a Songs of Spica soundtrack CD.

There’s also a new trailer to celebrate the upcoming console release for Giraffe and Annika. It helps set up the story, while also showing how the rhythm battles against Lilly will work and the different adventure elements.

Giraffe and Annika is immediately available for the PC worldwide and on consoles in Japan. It will come to the Nintendo Switch and PlayStation 4 in North America on August 25, 2020, Europe on August 28, 2020, and Australia on September 4, 2020.