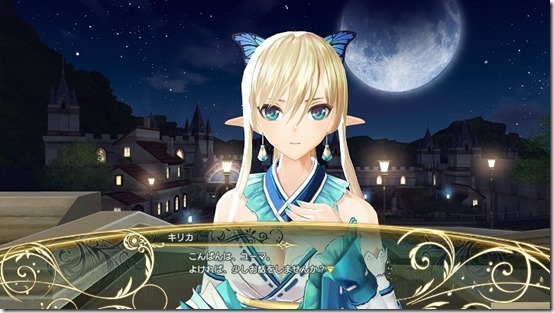 Shining Resonance has everything from instruments, magic, swords, dragons, and a magical sword instrument-wielding dragon. It also has a dating system, where you’ll get to deepen your bonds with party members. 4Gamer shows us how it’s done.

There are various campfire sites found throughout the fields of Alfheim, and it’s where your party will be able to get some rest by setting up a camp to recover HP, MP, and also save progress. During camps, you can get close and personal with party members.

There’s an option that lets you “watch” your allies. If your friendship levels are high enough, doing so could initiate a special event. This works on both male and female characters.

You’ll get to “watch” your allies both in town or at camps, but if your relationship parameters aren’t high enough, you won’t get much of a response. You can deepen bonds with party members in various ways throughout the adventures.

Once relationship parameters are high enough, you’ll also get to initiate a “Night Event” which is indicated by a moon symbol. These events will involve quality time with the characters, who’ll talk about things they normally wouldn’t talk about in the open. 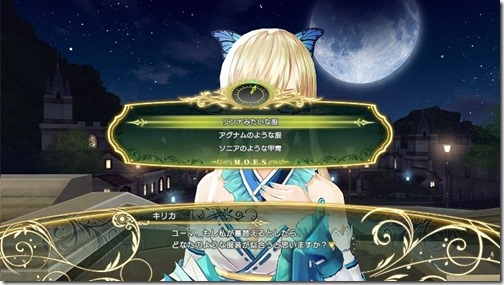 The M.O.E.S. (Mind Over Emotion System) will involve special talks with party members, who’ll ask you different questions. In the above image, Kilica is asking Yuma if she were to change clothes, who should she dress like out of Linna, Agnam, or Sonia? 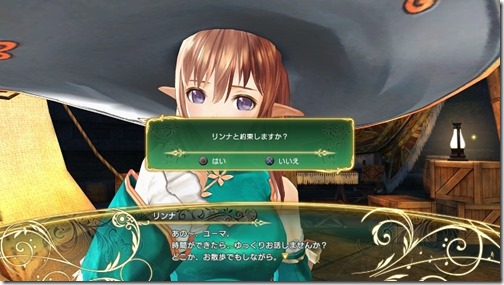 If you answer correctly, it’ll give a boost to the relationship parameter, but you can also choose to not give an answer. After a Night Event, if you play your cards right, you can go on a date with the character. 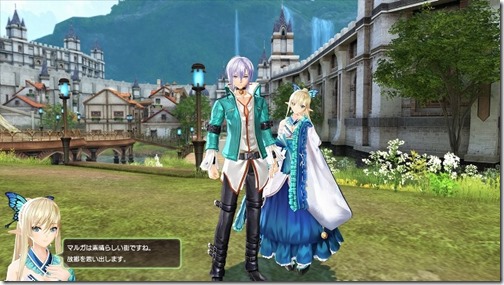 Once you promise a date with someone, you’ll see a heart symbol for its notification. By selecting the “watch” option, you’ll get to go on dates.

There are various dating hotspots in town where you can take your sweethearts. The above screenshots show a date with Kilica, who reveals that she actually has a bunch of cats as pets.

There are all kinds of special events that only happen during dates, and they finish once you visit all the hotspots. Some characters may even reveal a side of themselves that no one else knows about.

Shining Resonance will release in Japan on December 11, 2014 for PlayStation 3.