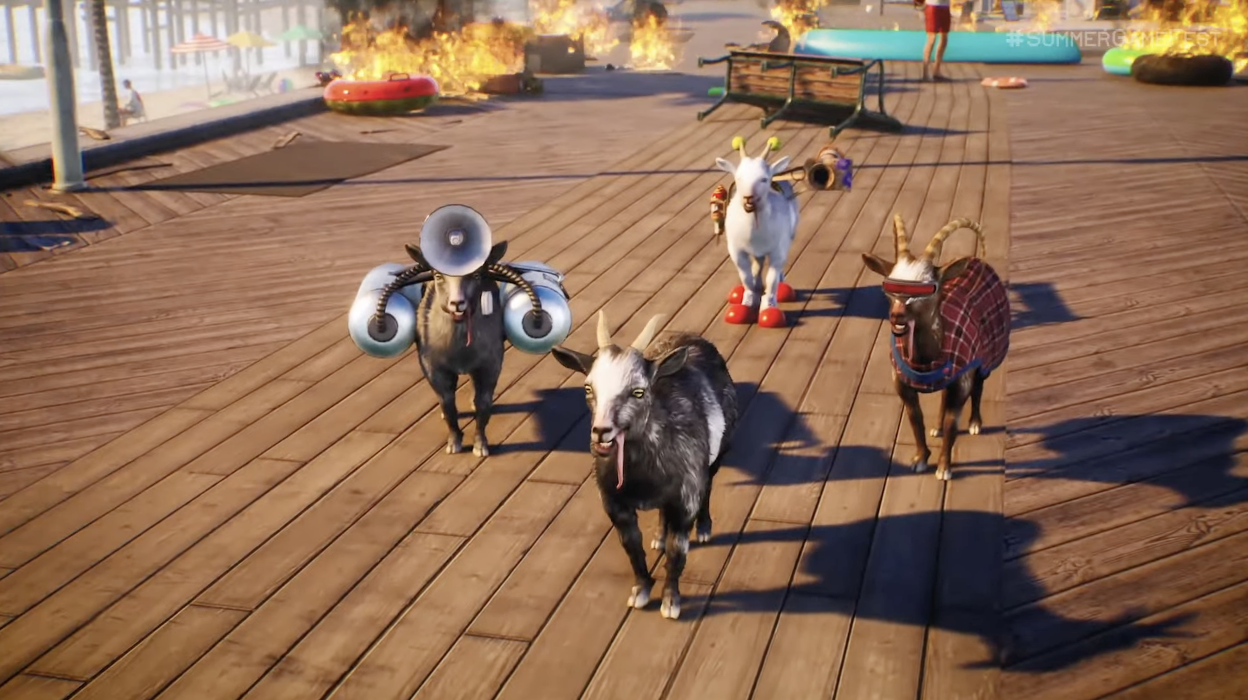 The goats will once again be back to cause chaos, as Coffee’s Stain Goat Simulator 3 appeared at Summer Game Fest 2022. The game will appear for PCs, the PlayStation 5, and Xbox Series X in Fall 2022. It will also be an Epic Games Store.

A first trailer showed up during the presentation. It featured a jogger running along and seemed normal. Then, various goats ended up appearing behind him to cause havoc. The video ended with four goats starring at him.

Gather your herd, it's time for udder chaos.

A press released confirmed the game will be set in San Angora again. Four people can play locally or online. There will be things like quests and minigames. The goats can be customized too. Physical copies will be available, with a pre-udder edition including special gear.

Goat Simulator 3 will come to the PC via Epic Games Store in Fall 2022. Its official website is now open. Goat Simulator is available on the Nintendo Switch, PlayStation 3, PlayStation 4, Xbox 360, Xbox One, PCs, and mobile devices.