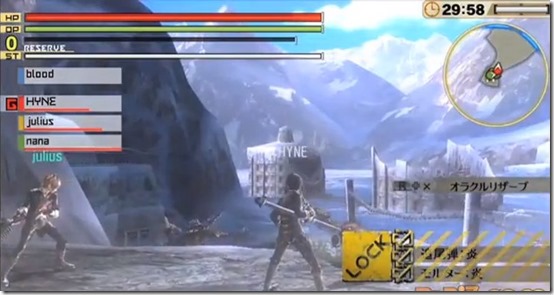 Namco Bandai recently uploaded a demo of God Eater 2 to the PlayStation Store, which can be accessed by players with a Japan region PSN account (further details here). Following its release, the folks at Famitsu suited up, grabbed their God Arcs and took on some Aragami in the new demo. Here’s a look at their action showing the game’s latest features.

The demo video starts out showing a party of four God Eaters. The mix consists of a Charge Spear, Boost Hammer, and two Buster Blade users. The player behind the recording uses the new piercing Charge Spear weapon. One of the first things that stands out is the new interface which shows more skills and a new bar on the screen.

It doesn’t take long for the party to find their Aragami, followed by a good beating. The Charge Spear looks about the same as Buster Blade when it comes to attack speed, but it has an edge in mobility thanks to its ability to dash and glide. 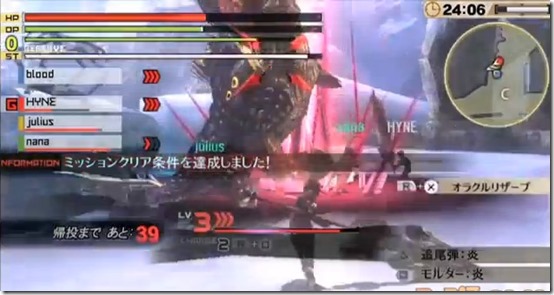 Just as it looked like the monster was retreating, it returns for more, and this time for good. The group continue to hunt it down, using their best abilities. The flashy attack with the red spikes is from the Buster Blade’s “After Impact” type Blood Arts.

There are over 200 Blood Arts available in the game; however, they are categorized by types, which vary according to the weapon.

After defeating the Aragami and consuming it with their God Arcs, the party’s next task is to take on the familiar Aragami from Gods Eater Burst, Chi-You, who was known for giving novice players a tough time in the past. It seems to have the same moveset from before, so it shouldn’t be as tough to take it down with the help of Blood Arts. 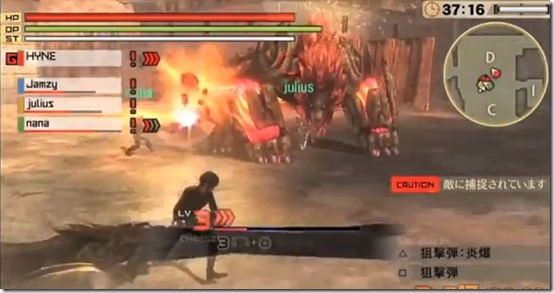 At the 4:20 mark of the video, we get a look at the party going up against the recently introduced Aragami, Garm, just as it enters rage-mode. This wolf-like Aragami has a close resemblance to the tiger-type Vajra  Aragami, and judging by its fearsome attacks, movements, and tough armor, it looks like it’ll be just as difficult.

By putting their Blood Arts to good use, the party were able to chase it off and were eventually victorious against the crimson-haired beast.

God Eater 2 is slated for release on November 14th for PlayStation Vita and PSP.