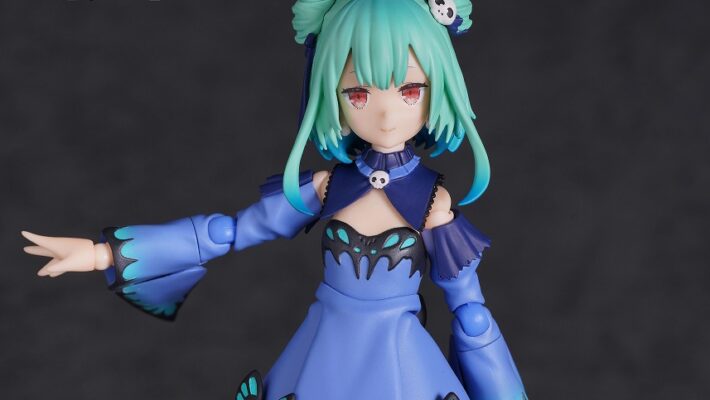 A prototype version was revealed previously during Good Smile Company’s WonHobby 33 alongside a variety of Hololive Nendoroids, Pop Up Parade, and figma figures. However, this is the first time fans will get to see a painted version. Max Factory notes that, for those planning on seeing the exhibited figure in person, there is a possibility that it will be removed prematurely due to production progress.

The new photo reveals that the figure will be based on Rushia’s main character model, featuring finer details like her skull hair bun tie and even her earrings. Like most figma figures, she will be fully poseable and come with her own plastic stand.

There is currently no confirmed release or pre-order date for the Hololive Uruha Rushia figma. We’ll keep readers updated on any future updates.