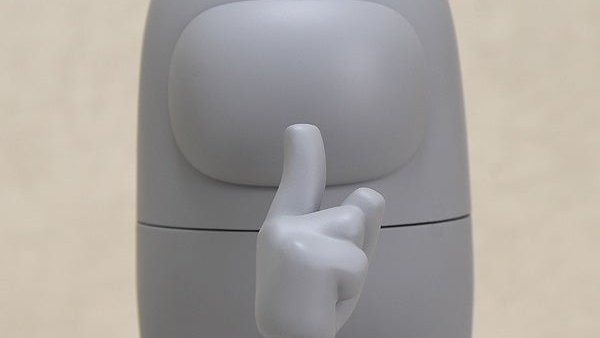 Good Smile Company revealed a new Among Us crewmate Nendoroid currently in development during WonHobby 34. The featured image shows a work-in-progress unpainted model of the iconic crewmate. The figure includes its signature “Shh!” pointed finger as an additional part. As the Nendoroid is in development, the company hasn’t confirmed a release date or price.

Details are still scarce. The featured Among Us Nendoroid looks to be a fairly simple figure of the crewmate from the game. Since the Nendoroid is unpainted, it’s unconfirmed which color crewmate the Nendoroid will ultimately be. Red is, however, the most common color in Among Us merchandise. Interestingly, there seems to be a split in the middle of the crewmate’s body. This may indicate that purchasers can separate the figure into the comical cut-in-half “dead body” pose.

The newly announced Among Us Nendoroid is the first figure designed by Good Smile Company for the series. Additionally, Innersloth announced earlier this year that it would add a new map to the game. New 15-player support, improved graphics, and new game modes are on the way too. Limited Run Games is also releasing a physical Collector’s Edition of the game complete with an emergency meeting button, which is currently sold out.

Among Us is immediately available on the Nintendo Switch, PC, and mobile devices. The Among Us crewmate Nendoroid is currently in development. Good Smile Company hasn’t yet shared a release date or price.