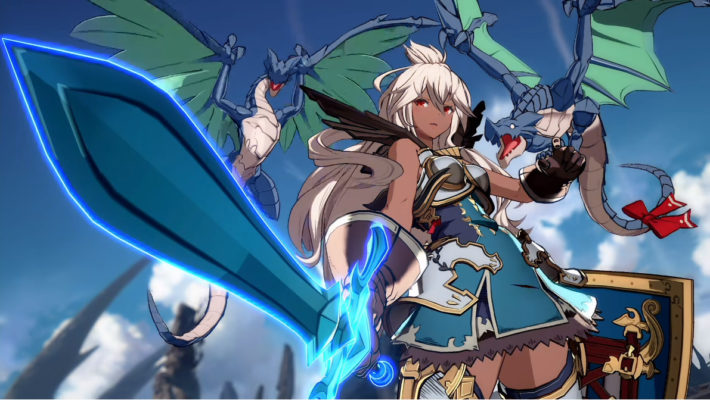 Here’s a first look at Zooey, as well as the full list of Character Pack 1 fighters below:

Zooey’s theme is ‘Peacemaker’s Wings’, composed by Nobuo Uematsu and performed by Stella Magna. She’ll join the game in the second half of April 2020. For those who play the original Granblue Fantasy, you can get an exclusive skin for Zooey via a special serial code, like the other DLC characters. 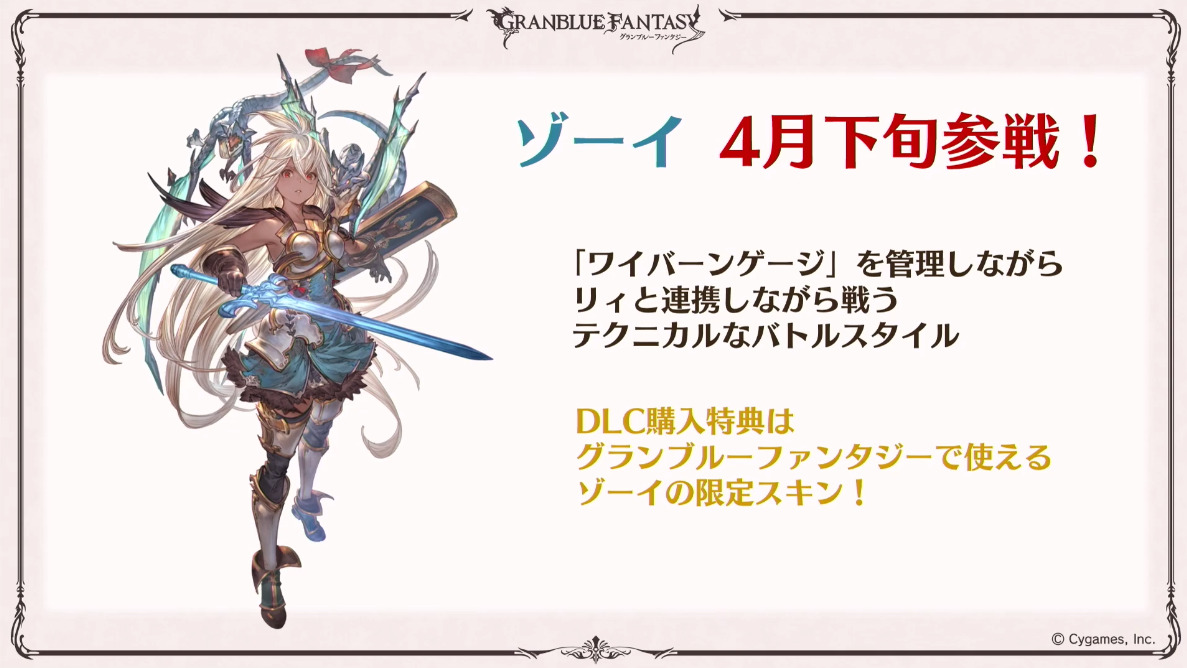 While the trailer itself didn’t reveal anything regarding how the character plays, more was revealed about her gameplay style in Versus on the livestream. Zooey is described as a technical fighter who will need to maange a unique ‘Wyvern Gauge’. She can order her dragon Lyrn to attack, and perform combo strings. She can also use Spin Slash, which can hit up or down depending on your input. 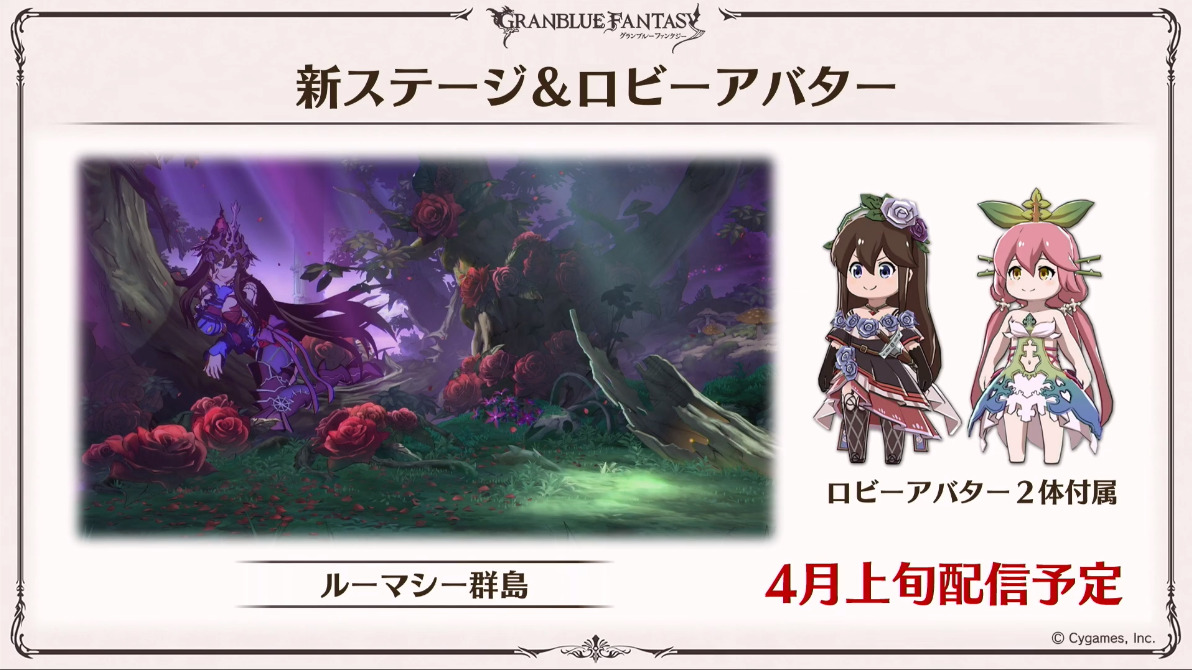 A new stage that is set in the Lumacie Archipelago, as well as two new avatar sets, will be released in the first half of April. Finally, the next trailer for Granblue Fantasy Versus will be revealed on March 24, 2020.