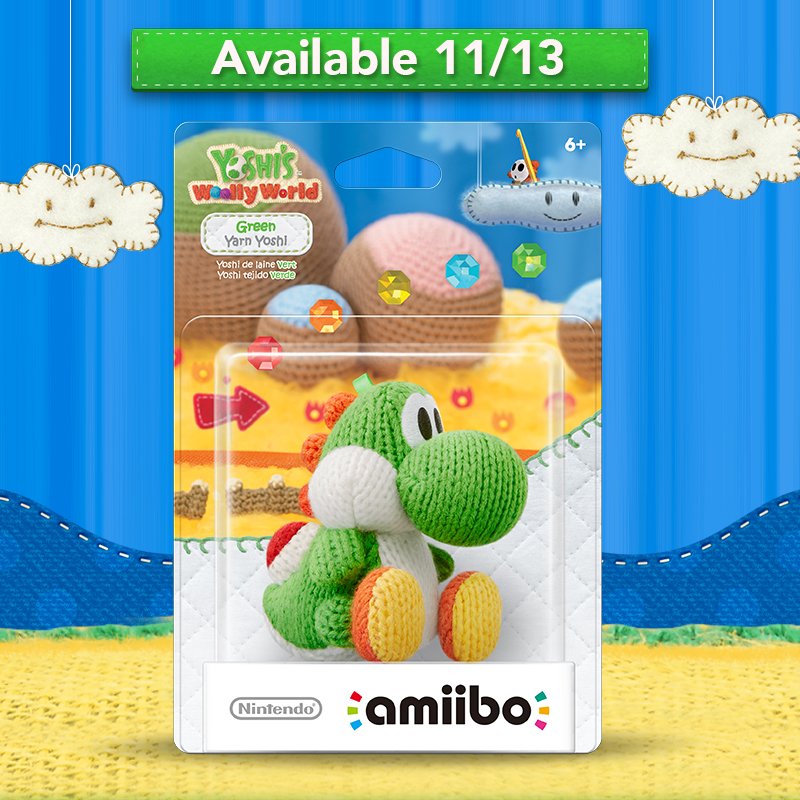 When Yoshi’s Woolly World launched, it was available in two varieties. The first was a $49.99 standard edition that only offered a copy of the Nintendo Wii U game. People could also buy a $59.99 bundle that came with the game and a green Yarn Yoshi amiibo. That was previously the only way to purchase the green toy in North America, but that will change in a little over two weeks.

On November 13, the green Yarn Yoshi amiibo will be sold by itself for $16.99. This is the same price point as the light blue and pink Yarn Yoshi amiibo already available. No exclusivity arrangements have been announced.