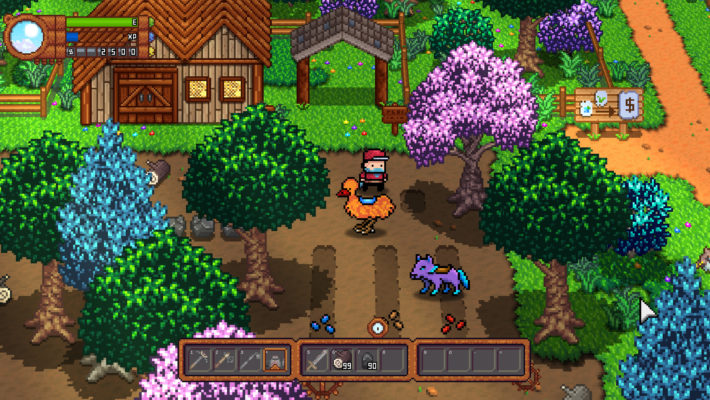 The next Stardew Valley-like life sim has a release window. Maple Powered Games and Merge’s Monster Harvest, which involves growing plant-monsters called Planimals, will show up on the Switch and PC on May 13, 2021. The PS4 and Xbox One versions will follow on June 3, 2021. And, after that, PS4 and Switch physical copies will appear in both regions.

In Monster Harvest, you’re a farmer in Planimal Point. It’s a place with its own unique seasons, which are dark, dry, and wet, and odd slimes that can alter the nature of crops. Your goal is to have a successful life, while also perhaps using the Planimal crop monsters you grow to aid you as you continue to farm or attack SlimeCo.

Here’s the latest trailer. It shows some of the Planimals you can grow, which you can ride or use in battles against other Planimals. It also shows off some of the people you’ll meet in Planimal Point.