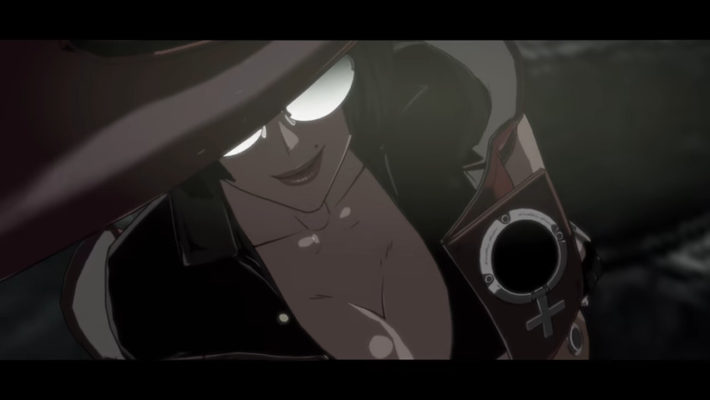 On February 20, 2021, during the Japan Fighting Game Publishers Roundtable, Arc System Works announced that the character I-No would be joining the roster of playable characters in their upcoming game, Guilty Gear Strive. A new trailer for the character offers a glimpse of of what players can expect from the red-hatted, leather-clad, guitar-wielding, lady when the game ships later this year.

In addition to melee attacks with her semi-acoustic electric guitar, Marlene, I-No will utilize a toolkit that features energy projectiles, a massive flail, a scythe, and a whip-like wire. As with her past appearances, the trailer seems to indicate that I-No takes flight whenever she dashes.

In terms of personality and style, I-No possesses many of the characteristics of the femme fatale archetype. She first appeared in Guilty Gear in the 2002 title, Guilty Gear X2, as the final boss and has operated with self-interest through subsequent appearances.

I-No will be the final character to be added to Guilty Gear Strive’s launch lineup. The launch lineup also includes newcomers to the series like the rush-down character, Giovanna, and the heavy-hitting samurai, Nagoriyuki. Both of these character can be played in the game’s open beta, which was recently extended due to ongoing server issues.

Guilty Gear Strive is set to release for the PlayStation 4, PlayStation 5, and PC on April 9, 2021. An arcade cabinet is also in the works and is due out sometime in the Spring of 2021.