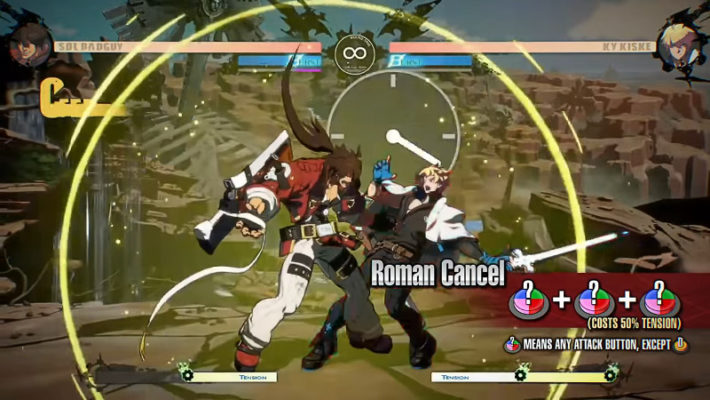 Arc System Works has published one more Guilty Gear Strive Starter Guide video ahead of the upcoming open beta test after wrapping up the character guides with yesterday’s Giovanna video. It explains the basic combat actions that can be performed by every character in the upcoming fighting game. 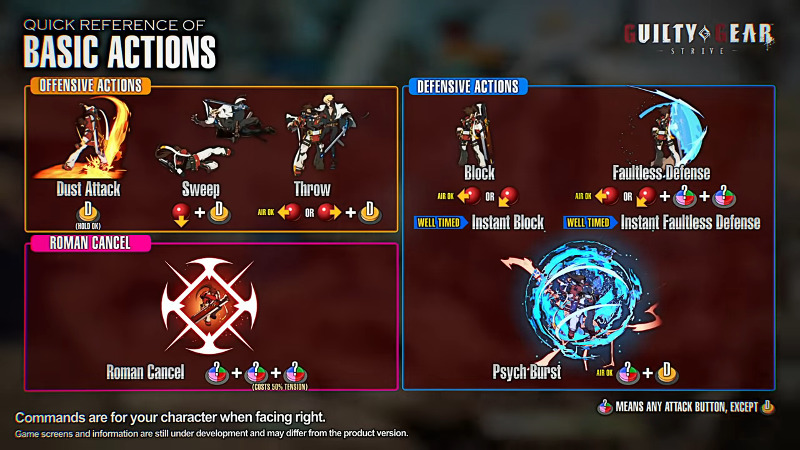 Guilty Gear Strive supports 5 attack buttons: Punch, Kick, Slash, High Slash, and Dust. While the first four buttons are used for different moves in each character, the Dust button will perform similarly for all characters. You can launch an overhead Dust Attack by simply pressing the button or a low sweep and a grabbing throw by pressing it while moving the stick or d-pad in a specific direction.

The video also showed the differences between blocking normally, blocking with the perfect timing, and generating a Faultless Defense. What it didn’t explain is that regular blocks—including the well-timed ones—will fill up the small purple R.I.S.C./Guard Level under the Psych Burst gauge. While this meter drains on its own over time, allowing it to accumulate will leave the character susceptible to more damage on hits.

The last part of the video explains Roman Cancel, the Guilty Gear series’ signature maneuver. While Roman Cancel may be available in four different shockwave colors based on the battle situation, it can be generally described as a move that slows down an opponent within the shockwave range. It will also instantly revert your character to a neutral state, allowing you to escape or make another combo more easily.

Today’s video wraps up the week-long series of daily Guilty Gear Starter Guide videos leading up to the open beta test, which started with Millia Rage‘s video on February 10, 2021. Those who have pre-ordered the game digitally on the PlayStation platform will be able to access the open beta earlier on February 17, 2021, at 22:00 ET. Everyone else can join a day later, on February 18, 2021. The open beta test will be held until Sunday, February 21, 2021.

Guilty Gear Strive will officially launch for PlayStation 5, PlayStation 4, and PC on April 9, 2021. Those who purchased the Ultimate and Deluxe editions will be given early access from April 6, 2021.