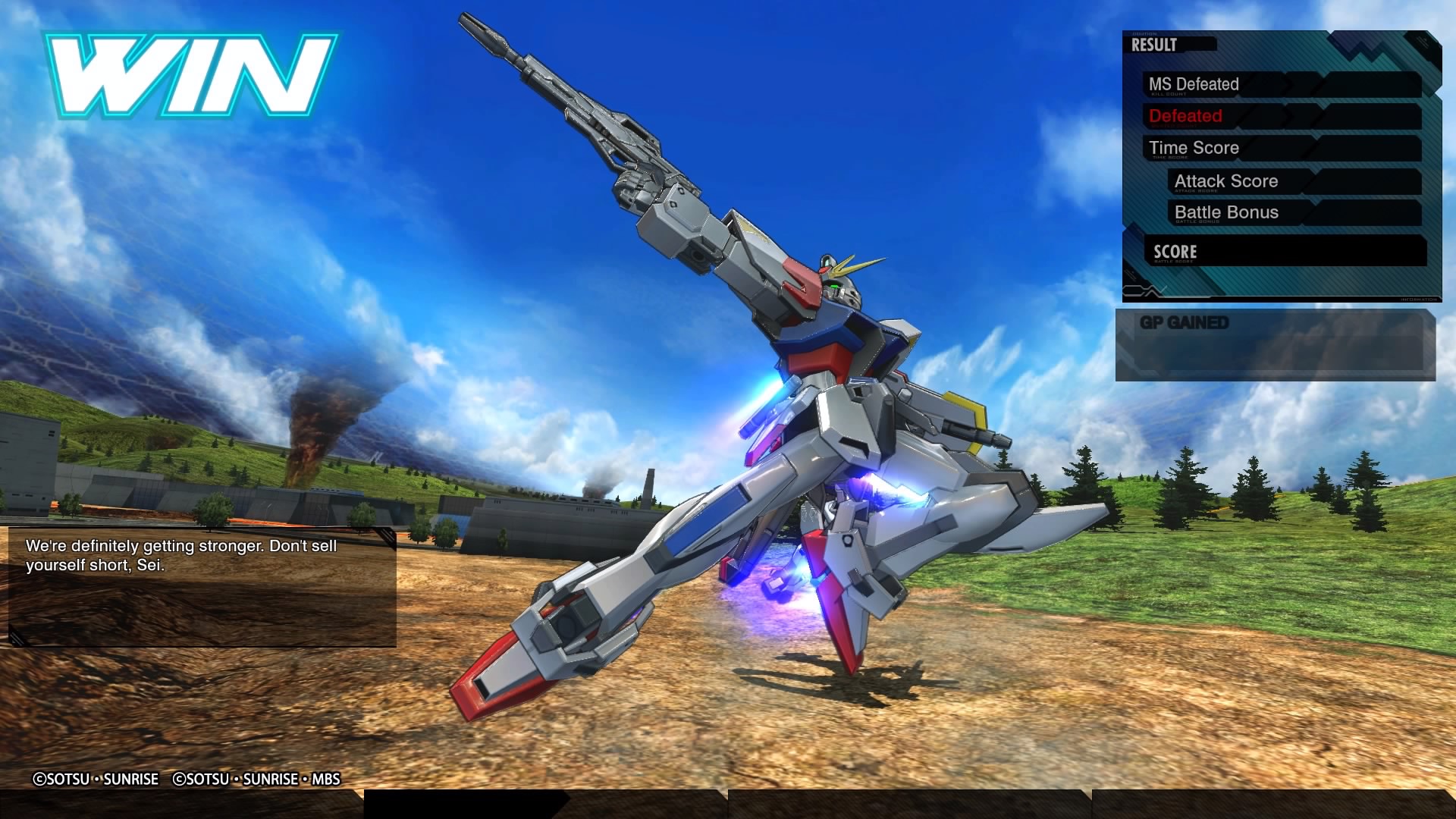 The Gundam Extreme VS. series has been ongoing for around ten years now, and the latest console port, Gundam Extreme VS Maxiboost ON, is set to include the biggest home console version roster in history. Over the course of the weekend, I was able to participate in the  Closed Network Test, and I can thankfully say that the series is a return to form for its latest entry.

Like other entries, Gundam Extreme VS Maxiboost ON focuses on depleting the opposing team’s 6000 cost gauge to win matches. Mobile suits are split into 1500, 2000, 2500, and 3000 cost units, meaning that each match begins and ends blindingly quick. You really have to focus on dodging attacks and swapping targets, then make the right split-second decisions. In this respect, the game is very technical and unsuited for beginners, who’ll likely get trounced online by experienced players. Thankfully, there seemed to be a good range of players during the online test, and I found both beginner rooms and intermediate player rooms that were quite active.

For better or worse, the previous game in the series, Gundam Versus, was built from the ground up for the PlayStation 4. This severely limited the amount of mobile suits available at base, which were later added back in as DLC for a hefty amount. Here, most of the mobile suits added to Gundam Versus are available, barring some like Pixie and Pale Rider. I was surprised that the Network Test allowed us to try out basically all the mobile suits (excluding new upcoming ones like Zaku Amazing and Montero), and I immediately got to work trying out Build Strike Gundam Full Package. To those coming from Gundam Versus, you’ll likely feel that boosting is slightly quicker than before. The Boost Dive introduced in that game isn’t present, meaning you really need to time your landings on the ground.

While not entirely lag-free, in general the internet connection was quite smooth, with a minimal amount of lag when playing against opponents with a green signal or above. That said, there was also a smattering of red signal opponents, who would cause up to twenty seconds of freezing while network synchronization was happening, so this might be a warning sign for Gundam Extreme VS Maxiboost ON‘s upcoming global release.

Finally, Gundam Extreme VS Maxiboost ON‘s Free Battle Mode was also playable during the network test, and I was able to try out local versus matches against a friend. The removal of this option was the dealbreaker for me for Gundam Versus, and I ended up dropping the game quickly due to not having an interest in constant online matches. The improved 60FPS makes local versus much more satisfying compared to Full Boost‘s 30FPS, but the Free Battle UI seems to be lifted straight from Gundam Versus, rather than the much-superior Full Boost UI. Essentially, player one controls everything in Free Battle mode except for the second player’s character select screen, instead of both players being able to choose mobile suits at the same time. Hopefully, this complaint will be rectified for the final game.

Either way, playing the Closed Network Test made me even more convinced that Gundam Extreme VS Maxiboost ON is a sign of the series firing at full cylinders once more after the rather lacking Gundam Versus. I can’t wait until the game comes out in July.

Mobile Suit Gundam Extreme VS. Maxiboost ON will come to the PlayStation 4 worldwide on July 30, 2020. Previously, we reported on the game’s Custom BGM feature, which was missing from Gundam Versus.