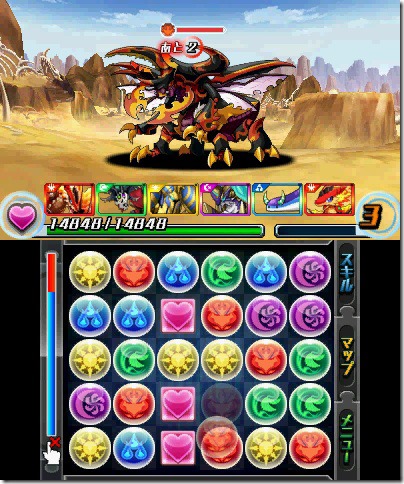 As previously reported, GungHo are bringing an RPG version of Puzzle & Dragons to the Nintendo 3DS in Japan. Puzzle & Dragons Z is slated for release this Winter and GungHo CEO Kazuki Morishita has high hopes for the game.

In a financial results briefing, Morishita recently announced GungHo hope to sell at least 1 million copies of Puzzle & Dragons Z on the 3DS, according to a Morning Star News report. The game, Morishita said, is aimed at upper grade elementary students.

While that may sound like a lofty goal, keep in mind that the original mobile phone version of Puzzle & Dragons has over 13 million registered users in Japan alone. This is a major brand and is being treated as such by GungHo.