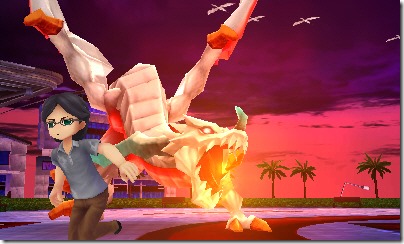 7th Dragon III Code: VFD puts players in a world beset by dragons. They’re everywhere and all intimidating in their own way. Even the most basic beasts you’ll encounter in dungeons are equivalent to mini-boss encounters, and you can run into one after another in a very short span. A second dragon can run up and even crash your current dragon battle. It’s a tough world out there. But honestly, facing every dragon is for the best.

Everyone one of these dragon battles makes a difference. They’re good practice, for one. Dragons are different than standard enemies. They’re larger, have better attacks, and get to attack twice each turn. While the High and True Dragons are unquestionably stronger, the standard dragons’ battles can follow a similar formula. This means you’ll have an idea of how a fight against a stronger dragon will go after one of these. After all, every dragon won’t hesitate to use debuffs on your party, poisoning, blinding, and bleeding them. They’ll also buff themselves a round before using a special, stronger attack, which can only be countered by having the party guard the turn of the attack or calling up an ally from the rear to aid one of your own character’s attacks to break through the enemy’s newly raised attacks or defenses. 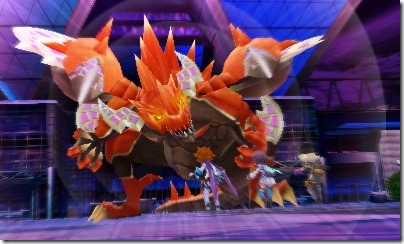 You get to find a groove for yourself and find tactics that easily apply to every boss battle with these fights. For example, my primary party is a God Hand, Duelist, and Fortuner. The Fortuner is there for buffing the party. She casts Forest Poetry, which regenerates health at the end of each turn, then Dynamic Negate, which buffs physical defense, and occasionally Magic Negate, if the dragon uses magic. Not all of them use magic, but all have physical attacks. Turns when she’s not keeping the buffs up are spent using Revelation: Bleed or Revelation: Poison to assault the dragon. The Duelist is all about setting traps. Pitfall is triggered by any damage, with a chance of nulling actions, Barbed Wire is triggered by physical damage and may inflict bleed. Fire Whirl responds to magic attacks and could blind. Having all three set at once while knowing Judgement springs all three at once and causes massive damage. Finally, the God Hand attacks each turn. She uses Jab to increase God Depth high enough to regularly use the damage dealing and attack lowering Double Hook and damage dealing and defense lowering Spinning Edge. While some variation is necessary for High and True Dragons, this plan has worked for every standard dragon I faced.

But don’t make that thing you have to follow my example. It’s only one of many groupings that can work in 7th Dragon III Code: VFD. The constant dragon assaults help you find your tactics and develop your plan. It keeps you from panicking during one of the more dangerous battles. Because you will encounter more dangerous fights, even on the easy difficulty settings. The major dragons are going to be different, and even regular dragons can surprise you. Fortunately, you’ll have muscle memory to rely on. 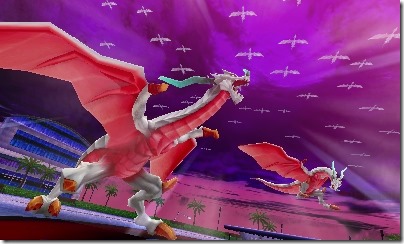 But let’s get back to those surprising fights. 7th Dragon III Code: VFD’s dragon battles can be more hazardous than you’d like. They function a bit like Etrian Odyssey’s F.O.E.s, as they’re visible enemies roaming around the map, following set patterns, and are more than happy to drop in on you in the midst of a match. When a battle begins, either against regular enemies or a dragon, you’ll see a scale at the bottom right side of the screen. This image of a dragon’s head will change in colors when a dragon is nearing and, at the end of each turn, you’ll hear how much closer it is. When the icon is red, the dragon will come the next turn. If it’s a regular battle, some of the first foes you were facing will disappear. If it’s another dragon, it’ll make some space on the side for the newcomer. You can only face two dragons at once, so there’s some solace in that, but a second dragon at an inconvenient time could cause you to fall even when prepared.

The thought of a surprise dragon fight isn’t exactly pleasant, but it’s often exactly what you want. Each location in 7th Dragon III Code: VFD has a set number of dragons there and Dragonsbane throughout it. If you manage to defeat every dragon, you not only get the DZ needed for certain projects at Nodens, but also wipe out the flowers from that area. Since dragons will only come after you if you’re already engaged in a fight, so you have to prolong ordinary battles until they jump in too. It’s the only way to clear an area.

Frankly, every ordinary dragon battle in 7th Dragon III Code: VFD is building to something greater. It’s giving you the experience you’ll need for further fights, both literally and figuratively. You’re learning exactly how these creatures tick. The most basic match ups aren’t as difficult as the true boss fights, but introduce you to attack patterns and variations of the kinds of moves you’ll see later in the game. Even facing more than one dragon at a time will help you in the long run. You’ll develop strategies that will benefit you for hours to come.