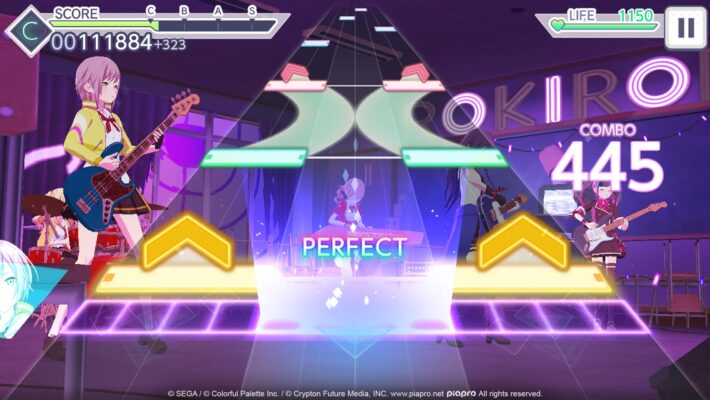 People can start playing the Hatsune Miku: Colorful Stage English version today, thanks to a public beta. At 3pm PT/6pm ET, it will kick off. People can grab their respective download of the client via Google Play and iOS Testflight. The beta will end on October 19, 2021.

The announcement covered a few things people can expect from the Hatsune Miku: Colorful Stage English beta. First is that only some of the unit story chapters will be available. Those will be unlocked, however, for folks to see. You will also be given Crystals to try the gacha out. When the beta first kicks off on October 4, 2021, 28 songs will be available. That number will grow throughout the two week test. By the time it ends, there will be 41 songs to try.

In case you’re curious about what to expect, a sample of a song is available online. The official YouTube account showed what it is like to play “Tell Your World” on the hard difficulty level.

The English Hatsune Miku: Colorful Stage beta will run October 4-19, 2021 on Android and Apple iOS devices. The full game has a 2021 launch window for the global version. It is immediately available in Japan as Project Sekai Colorful Stage! feat. Hatsune Miku.