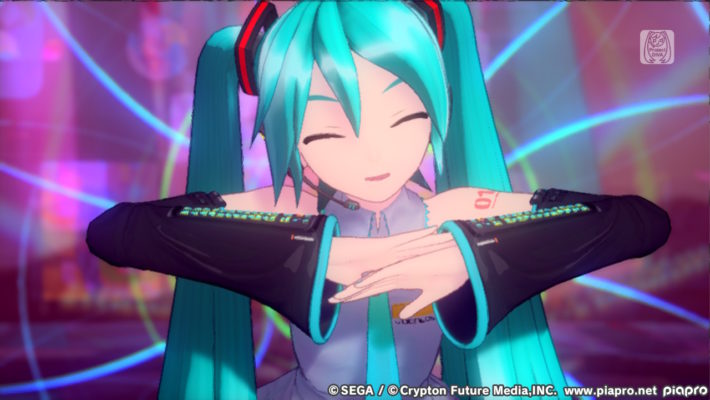 Hatsune Miku: Project Diva Mega Mix is a textbook example of the importance of context. It’s largely the same as its predecessor, and it does pack a few bonus tunes. What makes it particularly valuable, though, isn’t about that.

The Project Diva series is a long-running one, spanning back to the halcyon days of the PlayStation Portable. Once it broke out in the West, it did so with gusto! Things have quieted down as of late, though, with the last main release showing up back in 2016.

That’s great news for the series’ tenth anniversary project, Project Diva Mega Mix. The game is, generally speaking, a port of Project Diva Future Tone. That game compiled dozens of songs from the popular Japanese arcade version, and it did so with lots of in-song customization but without a lot of the progression and trimmings of the recent home versions. The menus have been reworked here, and there are some fresh tracks among its monstrous selection. Most of its appeal, though, is having that library on a platform with the flexibility and portability of the Switch. 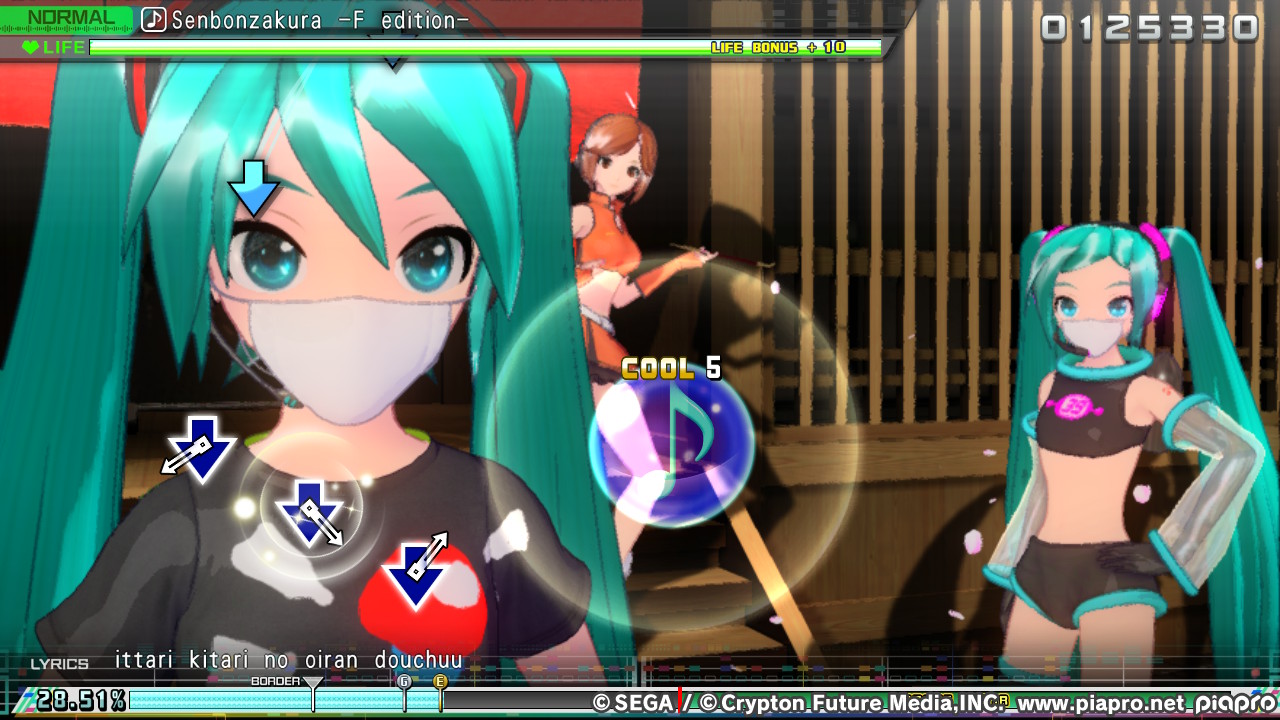 The other main draw of Hatsune Miku: Project Diva Mega Mix is, much like the rhythm gameplay itself, about great timing. Is it the long wait since the last release, which was itself crowded up against the release date of the fewer-songs, more-options Project Diva X? Is it the increased time for games many have in the world’s current state? Or is it the game’s release date falling into the window many Switch owners, new and old, are increasingly looking for alternatives to Animal Crossing: New Horizons? All of these benefit the game greatly.

There are some new things, though! The largest of these is Mix Mode, a new Joy-Con control solution that’s meant to take advantage of the platform’s motion controls. In our experience, it’s more of a novelty than a real replacement for buttons. Hey, it’s an option! Another addition is the ability to draw and customize T-shirts for the characters to wear. With generous zoom capabilities and a skilled hand, an artist could make something convincing and cool! The rest of us will be bad. Very bad. And that’s fun too, sometimes. It’s hard to justify using this more than once or twice, given the huge library of actual costumes available in the game. 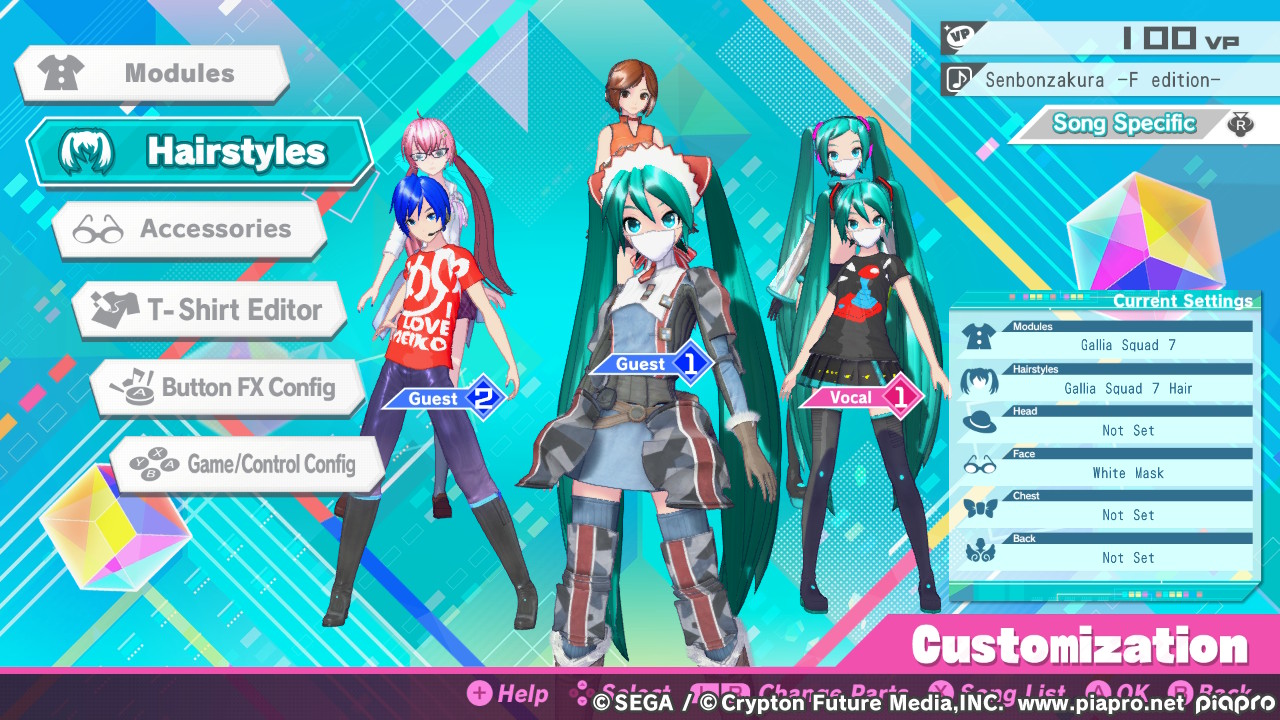 Ten tracks are new in this installment: “Alien Alien,” “Dreamin Chuchu,” “Hibana,” “Jigsaw Puzzle,” “Jitterbug,” “Ooedo Julianight,” “Roki,” “Teo,” and theme song “Catch the Wave.” Outside of the last one, these are generally trickier tracks suited more for challenging gameplay than an anthemic concert. That does mean they’re in the right place, though.

These ten join the returning lineup to total 101 songs in the main package, with 36 more available in the game’s add-on offerings. That, plus the Switch’s portability, means it’s also the best release for using as a Vocaloid jukebox. Full playlist capability returns here, so you can actually watch the videos that are tougher to see with button prompts covering them up and generally enjoy composers’ craft.

Whether avid Future Tone players will get enough out of Mega Mix to justify a second purchase is a little more up-in-the-air. Nintendo loyalists, though, have so much more to explore than have been included in the 3DS’ Project Mirai releases. Total newcomers will be bowled over by the breadth of options. Rarely do games with “Mega” in the name earn the distinction so unequivocally. 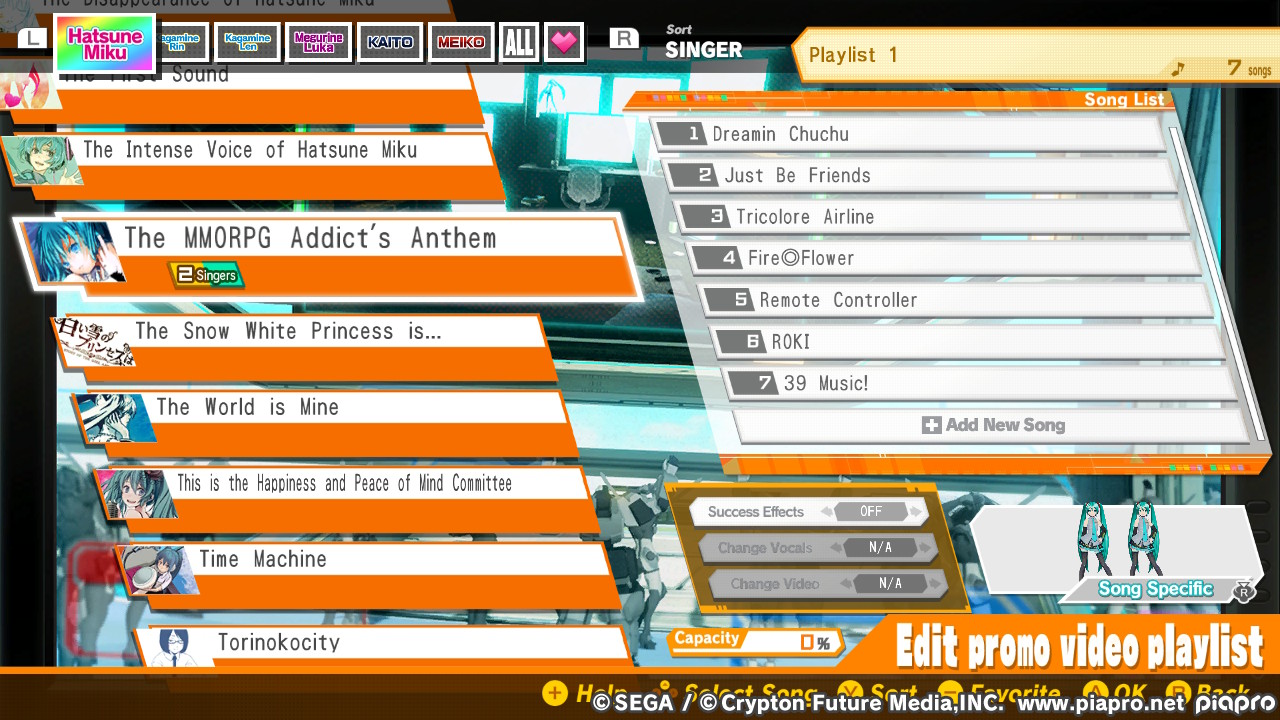