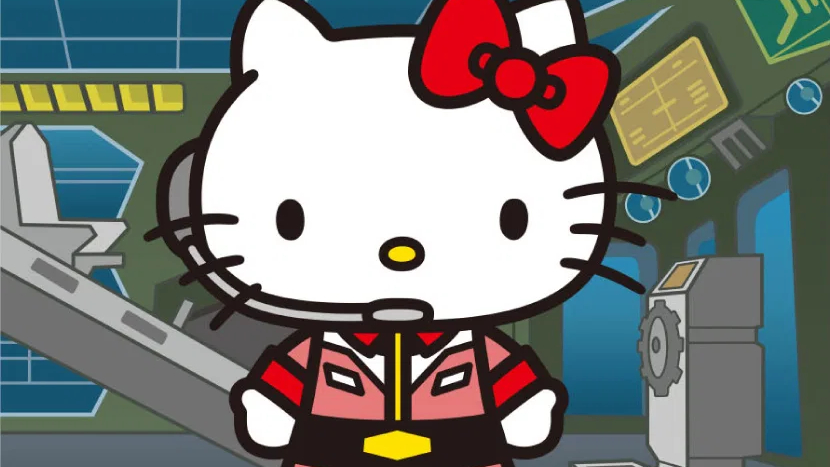 As part of the on-going celebrations for Hello Kitty’s 45th and Gundam’s 40th anniversaries, Sanrio amd Bandai’s Hello Kitty Gundam collaboration will be teaming up with the fashion brand Loveless to fight for fashion. New shirts and accessories have been revealed. [Thanks, Game Watch!]

LOVELESS’ Hello Kitty Gundam new collab has the theme of “Love & Peace”. Rather than fighting each other, They will be partnering with one another to keep you looking stylish. Gundam characters include Char from Mobile Suit Gundam with the Zaku II Gundam. Hello Kitty herself will become both a Gundam and a Gundam Pilot and put on a pink and red Pilot Suit inspired by the mecha franchise.

The collaboration products will include t-shirts, hoodies, and strapback caps with illustrations that were created solely for this collection. Additionally, all items will also be available in either black or white. Here’s a look at some of the items that will be available:

As a note, all sizes are Japanese Small to LL/2XL and are gender-non specific. However, the hats in this collection are one-size-fits-all.

Hello Kitty’s newest collaboration releases on March 28, 2020 at Loveless Sunnyside in Shinjuku, Shibuya, and Osaka. Additionally, you can check out the full collection on Loveless’ website here.