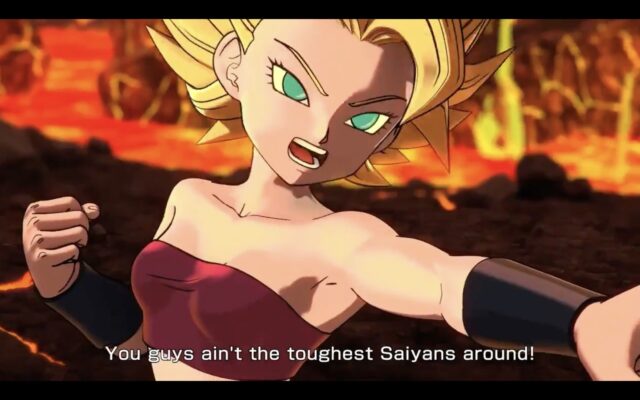 Back in September 2021, Bandai Namco confirmed Caulifla (Super Saiyan 2) would show up in em>Dragon Ball Xenoverse 2. Now we know how she’ll look. A new trailer showed her in-game appearance ahead of her Fall 2021 launch. It also confirmed she’ll be part of Legendary Pack 2.

Here’s the official trailer showing Caulifla in Dragon Ball Xenoverse 2. It also confirmed that some missions will be included in Legendary Pack 2. The segment begins with Trunks and Fu. Fu is conducting an experiment with Broly and Gogeta. He takes away Gogeta’s abilities. That’s when Caulifla appears to fight Broly instead.