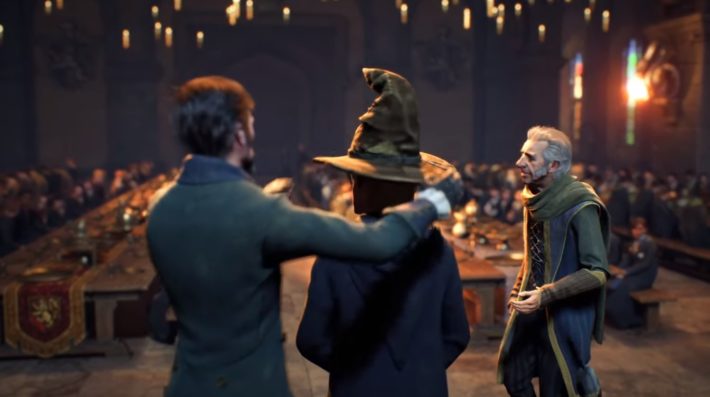 Revealed at the September 16th Playstation 5 Showcase event, Hogwarts Legacy is a new open-world role-playing game set in the Wizarding World universe of the Harry Potter books and films.

Due out in 2021, Hogwarts Legacy‘s existence was originally leaked as far back as 2018 with leaked footage from the in-development build. At the time, Bloomberg reported on anxiety building over the backlash surrounding comments by Harry Potter creator J.K. Rowling, and its effects on the game’s developers.

Now the game was announced officially. It is being developed by Portkey Games, alongside Avalanche and Warner Bros. Interactive.

The game will reportedly feature Hogwarts itself and the surrounding environs. Notably, the trailer did not show any named characters from existing Harry Potter works, implying a new, original adventure. Masked foes and various fantastic beasts are also on offer. Given the timeframe, it appears to be a prequel.

Hogwarts Legacy is due out in 2021, for PS5. Though no other platforms were explicitly announced, previous reports place it in line for release on Xbox Series X as well.