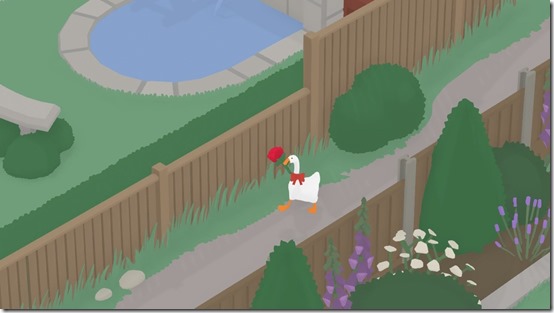 At the moment, Untitled Goose Game is only available on the Nintendo Switch and PC, where gaming’s greatest monster is making a innocent people miserable. However, it seems their fowl intentions can’t be held back. Its developer, House House, is taking a gander at the PlayStation 4, Xbox One, and mobile devices as possible other platforms. (Thanks, ABC.Net.AU!)

House House hasn’t officially announced any Untitled Goose Game PlayStation 4 and Xbox One ports yet. However, it was mentioned as being considered in an interview with ABC News and the game’s official website says, “As for other consoles, yes, we’re working on it! Nothing to announce just yet.”

As for a possible mobile port, that came up during a Twitter conversation about Untitled Goose Game. Cabel Sasser, one of the co-founders of Panic Inc., the publisher for the title, responded to someone asking about a potential port. He noted that it is being considered, but the control scheme would require some care.

We’re still chewing on this. It’ll take a lot of design work to make a version that works good for touch controls!

Untitled Goose Game is available for the Nintendo Switch and PC.