In terms of video games, East meets West is a Western studio re-imagining a Japanese brand. Those partnerships led to the critically acclaimed Metroid Prime series from Retro Studios and less than successful reboot of Bionic Commando from Grin.

Foundation 9 is no stranger to those kinds of deals. The company made them with Sega, Konami, and Square Enix to work with Sonic, Silent Hill, and Front Mission. How? Sheer excitement was a key ingredient for Silent Hill.

“They [Konami] knew we were very excited,” Steven Kovensky, Director of Business Affairs at Foundation 9, attested. “Our team on their own end, with no funding from Konami, with no funding from anybody, just worked super hard for days and days putting together a demo for the game. They put such a fantastic demo together and that’s how we landed the game.” Double Helix, a division of Foundation 9, finished work on Silent Hill: Homecoming in 2008. So far, this is the only HD Silent Hill game and only Silent Hill game unreleased in Japan. 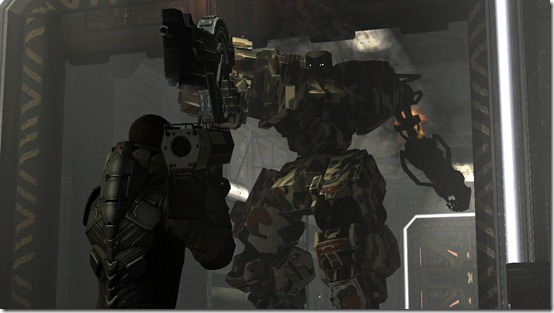 Double Helix is now developing Front Mission Evolved, a Mechwarrior-like reimagining of Square Enix’s mecha strategy RPG series. “Front Mission is really interesting. Two of us, years in the past, were really known for doing emulation and remakes of classic games. We really understand games from 15 to 20 years ago and know how to remake them for fans today,” Kovensky reminisced while outlining how Foundation 9 got the job. “So, one of our studios was really, really interested in remaking Taito games and Taito is a company owned by Square Enix. We spent a long time just expressing our interest and saying to the Taito guys we want to meet with you, meeting with them, and talking with them about those games. We did the Space Invaders remake for Xbox Live Arcade, we got that gig.” Backbone Entertainment, another Foundation 9 studio, brought Space Invaders Extreme to Xbox Live Arcade

“It was really just from our enthusiasm and excitement from working on their properties. Once we started talking about the Space Invaders gig they said hey we would like to talk to you about some other projects. That’s what led to the Front Mission deal.”

I asked Kovensky what’s next. What franchise he would want to see Foundation 9 to work on. Kovensky thought for a second. “Ah, we already worked on Sonic. We did two PSP games.” Backbone released the Sonic Rivals games. Kovensky paused and thought some more. “I suppose something from Capcom because they do so much fantastic stuff. They’ve been doing so many fantastic games.”