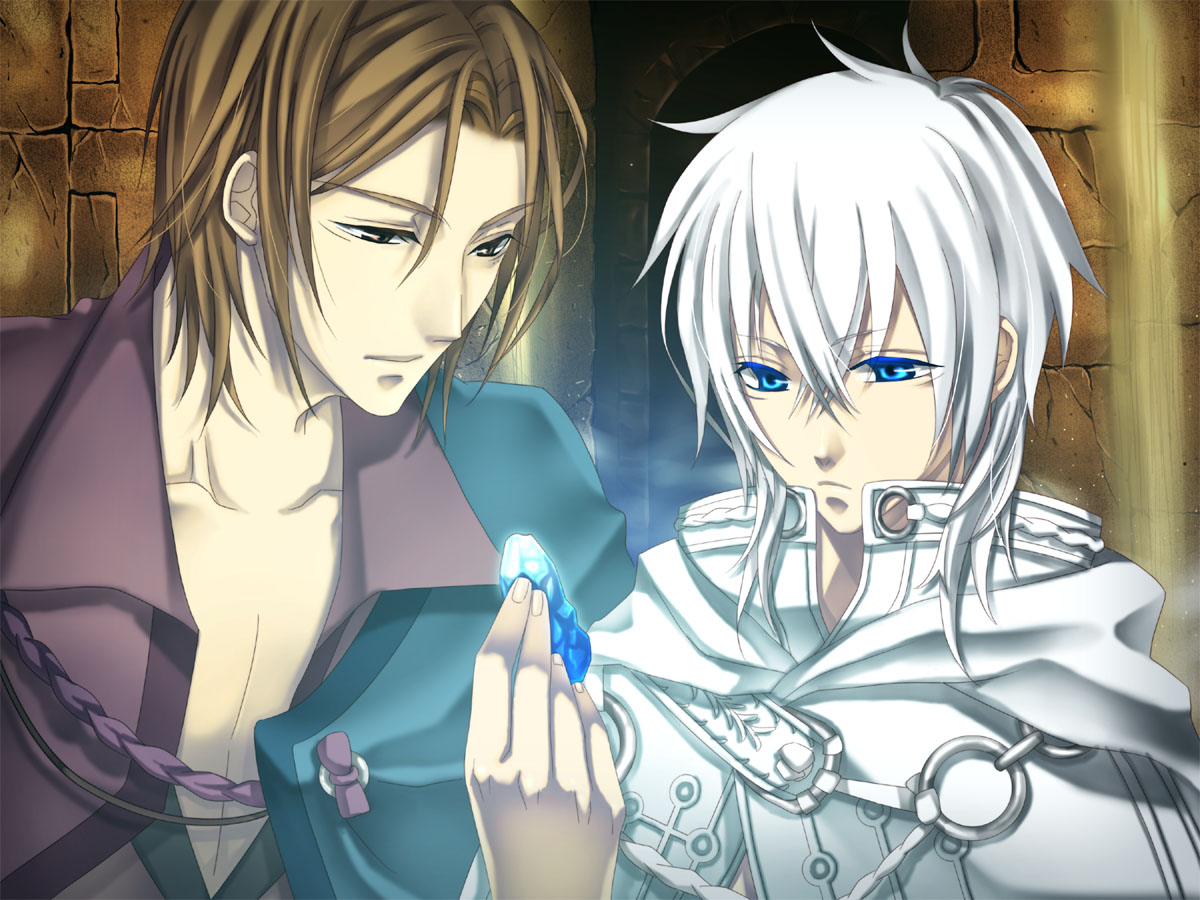 Idea Factory recently announced a brand new line of games in Japan, Otomate Forte, and also announced the first game in that line, I Will Protect You for the Nintendo DS. I Will Protect You is a break from Idea Factory’s usual genres: visual novels and strategy RPGs. Steve Hutchins, Associate Producer at Idea Factory, took the time to talk with the developers, and then myself, in order to answer a few questions about their upcoming project and bold step forward.

What inspired the creation of the Otomate Forte line as a compliment to the Otomate line?

The inspiration for Otomate Forte came from a desire to expand our range of “games for girls” beyond the romantic interactive novel adventure genre which our Otomate line is known for. Our original titles such as “Hi iro no kakera” and “Will O’ Wisp” as well as games based on popular shojo manga licenses like “Ouran High school Host” club have proved quite to be successful in Japan and are some of our biggest selling titles. However, for the Otomate Forte line we’re aiming to bring new kinds of interactive elements and experiences to fans, more like you would expect in an action or fantasy RPG. We hope Ore ga Omae o Mamoru (I Will Protect You) is only the start of many more games to come.

A while back, on the Neo-Forum, an English language message board discussing otome games, an Idea Factory survey was presented to the members to determine what they liked to see in otome games. Did this have any bearing on the Otomate Forte line?

That particular survey was part of a larger effort we made recently to get into contact with otome game fans outside of Japan and listen to their opinions. Certainly, all the people who contributed were very honest and vocal about what type of elements they like to have in games and we would be stupid not to listen to them because they are the fan girls, and nobody knows the games better than them. 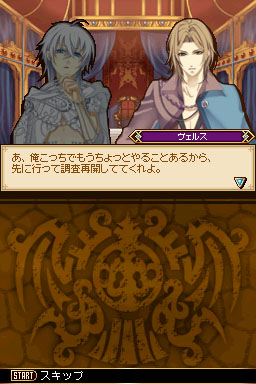 The game is still in development and I don’t want to reveal much about the story at this stage but I think fans expecting another typical otomate adventure game are going to be in for a nice surprise.

Two of the main focuses in I Will Protect You is the character art and voice acting. Is this going to be a consistent theme throughout all the Otomate Forte games?

Well, these are definitely important ingredients to any otome game fan and they’re certainly a main focus for I Will protect you. The game features a talented cast of voice actors including Miyano Mamoru who’s perhaps best known internationally for his work on Death Note and Vampire Knight and certainly needs no introduction to fans of Japanese anime and otome games. Also, the main character “Ren” was designed by Kazuki Yone who’s just an incredibly talented artist with a huge following in Japan, so that’s kind of a dream team right there. 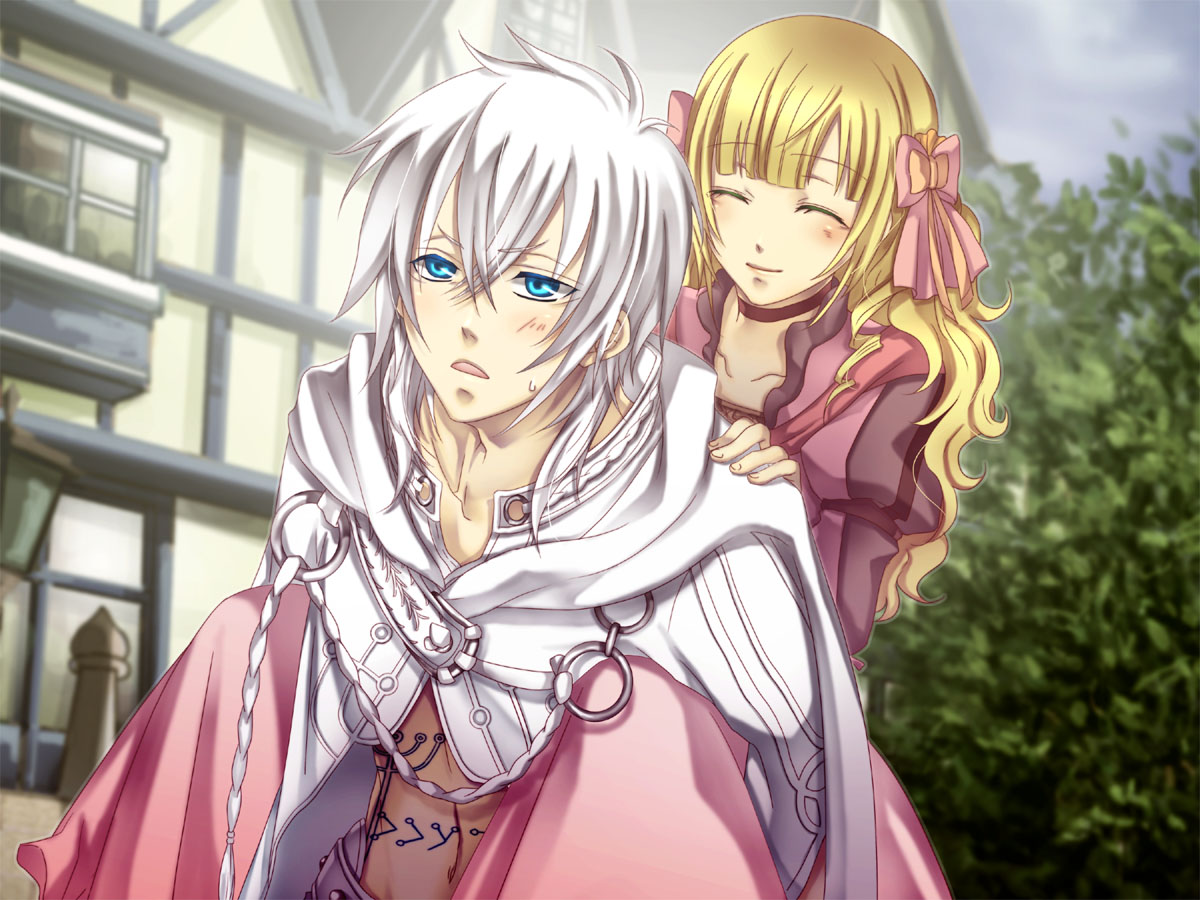 The official Otomate Forte announcement states that the difficulty of I Will Protect You is going to be adjusted to make it easier for female gamers who don’t play action games that often. Could you see this deterring some female gamers who may think that I Will Protect You will be pandering to inexperience gamers, or perhaps even be too easy a game?

That’s a good point and something that certainly the team are aware of and trying to balance in playtesting.

It’s worth mentioning though that the female staff here at Idea Factory who are involved with the development of this game are certainly not looking to pander the game to attract a more casual audience. The main focus is just to make the type of game that they would want to play themselves.

The first thing I thought when I saw the I Will Protect You screens was that it looked reminiscent of the Castlevania DS games. Is that fairly accurate? Or will it be equal parts action and simulation/visual novel?

I think it’s important to state that this isn’t a typical novel type simulation game at all. I think the best way I can describe it is to imagine an action RPG created and designed by girls. That’s not to say guys too won’t be able to enjoy the game but there is certainly a more romantic aspect to the story than you find in your average RPG and I think that’s a real breath of fresh air for the genre.

I mean, it’s no secret that girl gamers are terribly overlooked by the games industry. There’s this fixed idea most western game companies and publishers have that girls will only maybe play a bit of Animal Crossing, Tetris or some rhythm based game. It’s much more progressive in Japan where there’s been a thriving culture of girl gamers for a long time now supported by magazines like “B’s log” and “Dengeki Girl’s Style” which are very successful.

I get the feeling though, that thanks to internet communities like the Neo Forum which you mentioned earlier, girl gamers are going to be taken more seriously and the market for games for girls is going to grow internationally, I mean it just has to. They are so passionate about these games and play them to death and then discuss them on the forums and create some fan art or even design their own games and scenario’s – it’s all very inspiring to everyone involved. 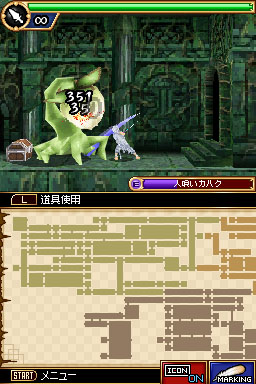 It seems like I Will Protect You would be the sort of title that would appeal to gamers outside of Japan. Does Idea Factory see the Otomate Forte line as being a means of introducing otome games, and perhaps even the Otomate line, to other regions?

Well that’s great if this will be the kind of title that will appeal more to gamers outside of Japan, but it’s not really being consciously tailored to suit a more western audience. The design team are primarily focused on just trying to make the best game they can and really that’s all they need to be focused on.

I mean, I don’t really believe in the idea of this huge divide in taste between Japanese gamers and the rest of the world. If the game’s good people are gonna like it, wherever they’re from.

So far the first Otomate Forte title, I Will Protect You, is an action game, and the next game is an as of yet unrevealed dungeon crawler/RPG. Are the Otomate Forte games primarily going to be Action and RPG games, or will other genres also be represented?

As far as game genre’s go I think the playing field is totally open. I Will Protect you is more action based and is a result of the collaborative nature of this game and working with “Vingt et un Systems” who are mostly developing the game from the programming side.

Actually, when they first started development on the game it was just a straight up action dungeon style RPG and not targeted towards girls at all. As things evolved though the idea of collaborating with our Otomate brand to create a new type of game became more appealing and I Will Protect you was born.

I should add that “I Will Protect you” is still a working title and is just a literal translation from the Japanese title and loses alot of the subtle nuances which are almost untranslatable.

This one is just based on my own, wishful thinking. Is there any chance one of the established Otomate games (like Hiiro no Kakera, Will O’ Wisp or maybe even one of the Fushigi Yuugi titles) might spawn an Otomate Forte spin-off?

It’s an interesting idea and certainly something that we have considered and will continue to think about in the future. 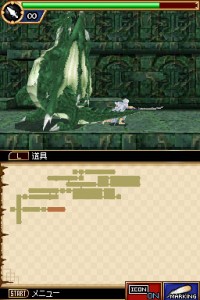 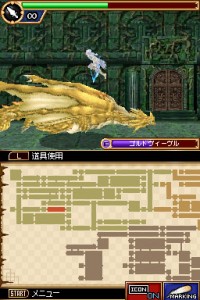