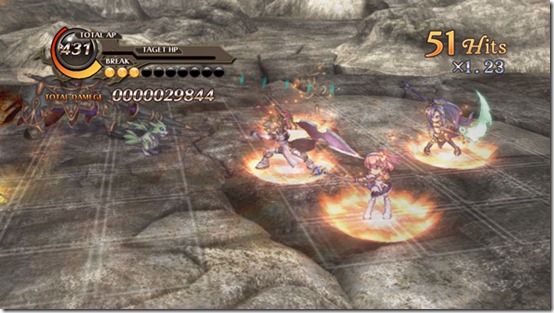 Idea Factory, the company behind Hyperdimension Neptunia and Record of Agarest War, are expanding further in North America when Aksys releases the PSP otome game Hakuoki: Demon of the Fleeting Blossom next year. To understand their overseas plans better, we spoke with Damien Urvois, Business Development Manager at Idea Factory. Since we talked about Record of Agarest War 2 yesterday (Read that interview here, if you missed it!), we’ll start with a question that might be on your minds… will the game be released overseas.

Damien Urvois, Business Development Manager: For the first title, when I met with many publishers, no one really believed in the success of the Agarest series in the United States. Thanks to the fantastic job Aksys did on the first one, we have been approached by so many publishers we were really surprised. It’s going to be a difficult choice to decide which publisher to choose.

Because Aksys has been inventive on the marketing side, especially with the limited edition for the first game, you know the mousepad. We think they can do even better with Zero and we’ll think about [Record of Agarest War] 2 when the time will come.

So, you are looking at bringing Agarest 2 to America?

I mean yes, if the fans want to have Agarest 2 in the United States they will need to contact Aksys and post messages on the forums. If they let Aksys hear their voices, I think the title could come. 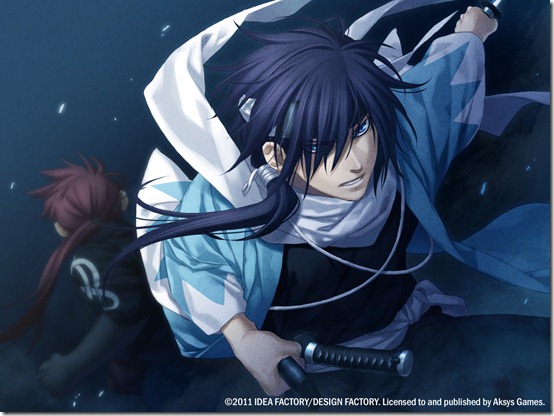 Also thanks to Aksys an otome game is coming to PSP. How long has Idea Factory been trying to do this?

Since the beginning, I would say. Since the time we first started developing visual novels in Japan. We’ve been trying to find ways, not just in the United States, but also in Europe to bring console visual novels to fans. We receive a lot of e-mails from fans in the United States, France, and Germany where they ask us to bring titles like Hiiro no Kakera and Hakuoki. For me, it was a huge battle with publishers to try to convince them because it is a really successful genre in Japan.

We sold almost 400,000 copies of Hakuoki titles in Japan. Thanks to the anime now and events we do where we bring in 20,000 people with the otomate party. We’d like to do the same thing in the States and we found Aksys Games are really excited to try this genre. We would also like to thank all of the female fans that make a lot of buzz and hype on forums, especially Neo-Romance and also on the Aksys Games forum. I think if the title is successful enough we will bring more titles in the future.

How did you get Inafune-san to join the game as a cameo in Hyperdimension Neptunia Mk-2?

You know the video game industry in Japan is a small world. Every time we go to a licensing meeting, we see a lot of creators. We just had a friendly conversation and he wanted to know more about the galge genre in Japan. He was really interested in what we’ve done so far with the Agarest series and first Neptunia. It’s thought to be like a friendship and I think we can do more in the future if this is successful. 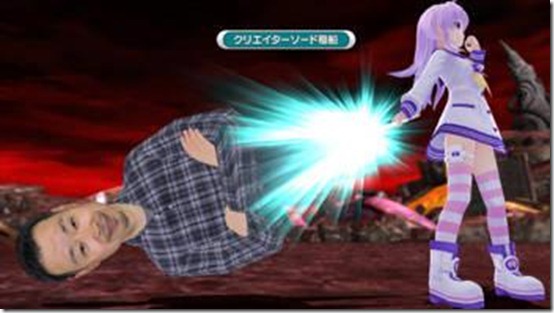 Idea Factory titles have a lot of cameos, but there must be a company out there you haven’t worked with yet. Who would you want to collaborate with, given the chance of working with everyone?

We have many products that I cannot announce, but I think we have fulfilled most of our dreams. In the near future you may hear from us with a big surprise.

Idea Factory has a number of games and in the West different publishers handle each title. How do you balance your releases especially because some games, like Agarest, are so large?

You may be surprised, but for last year we released 52 console titles. Of course, as a company we’re not big enough to handle all of these titles in house. We have many partners like Gust and Nippon Ichi, there are so many companies we’re working with to develop all of these titles. It’s not only us, it’s thanks to all of the partners we have we’re able to develop and publish many titles.

With such a huge catalog, it’s not possible for just one publisher to release, for example, three or four or five PS3 titles in a year. For that reason, we need to work with many publishers [in the West]. Each publisher has a different audience and I try to say which title would be a better fit with each publisher. That’s why we worked with on the Agarest series with Aksys Games, but worked on Neptunia with NIS America. In the past we also worked with Atlus Games too. In Europe, we’re also working with Rising Star, Ghostlight, and Deep Silver because we’re also making Hello Kitty games on the Nintendo DS. We’re always looking for new partners to expand and try new genres. It’s quite an intense job.

Speaking of Gust, can you say anything about your otomate collaboration?

Not yet because the title has just been announced in Japan. Because of the fans we decided to mix Gust’s Atleier universe with our experience with visual novels. I hope the fans in Japan will enjoy this title.

Idea Factory makes many RPGs and visual novels plus the occasional Compile Heart label Hello Kitty game. As a company, are you thinking of expanding into other genres like say action, for example, or a music game?