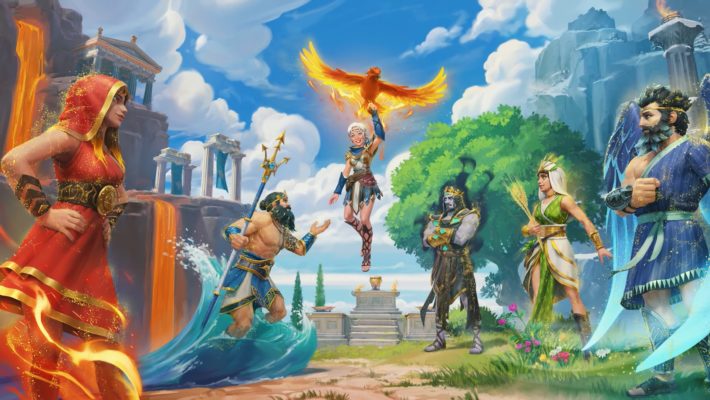 The first Immortals Fenyx Rising DLC will star Fenyx themselves. A New God is a post-game quest based in Olympos Palace after people have restored all of the gods Typhon trapped.

It’s the second two add-ons that get interesting. The first is inspired by Chinese mythology and is called Myths of the Eastern Realm. Its set in a whole new area, features a new pantheon of gods, has new enemies and stars Ku, a character who uses martial arts to fight to save humanity from a curse.

The final piece of Immortals Fenyx Rising DLC will change how the game is played. The Lost Gods is set back in Greece again and taps Ash for an isometric brawler where you need to help convince Boreas, Demeter, Hades, Hestia and Poseidon to rejoin the other gods.

Here’s a trailer looking at the additional add-ons. Since these extra three adventures are works in progress, the final experiences might look different.

As for free updates, the trailer pointed out that cosmetic items for the heroes, community contests, daily and weekly quests and vault challenges will be released.

Immortals Fenyx Rising will debut on the Nintendo Switch, PlayStation 4, PlayStation 5, Xbox One, Xbox Series X, PC, and Google Stadia on December 3, 2020. The free Google Stadia demo is also once again available. The Season Pass will include the When the Roads Get Rocky quest at launch.