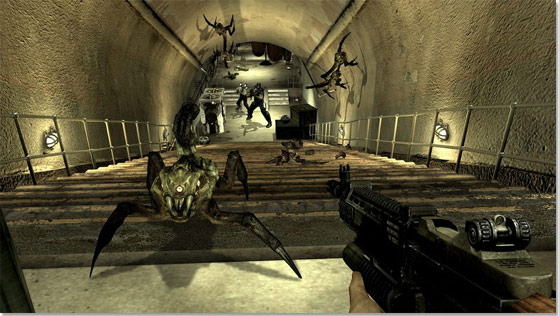 Electronic Arts are on a roll. Just weeks ago, the publisher announced the formation of a new studio, Respawn Entertainment, led by Jason West and Vince Zampella, former heads of the highly-talented Infinity Ward, following the studio’s fallout with Activision. As the complications between Infinity Ward and Activision grew, Respawn took advantage of the situation by giving ex-IW staff that left the studio a place to call home.

It was a brilliant move, both financially and from a publicity standpoint. Given that Respawn consists primarily of employees that were charged with the development of the immensely-successful Call of Duty: Modern Warfare games, the studio is a real feather in EA’s cap.

This week, EA may have won themselves a few more fans, as the publisher have announced a partnership with Insomniac Games (Ratchet & Clank, Resistance) to publish their very first multiplatform game, across the PlayStation 3 and Xbox 360. While the exact details of the partnership — which is being handled via the EA Partners program — are still being kept under wraps, the rights to this new franchise will be retained by Insomniac.

“Working with EA Partners allows us to extend the reach of our games to a multiplatform audience while retaining ownership of the intellectual property,” said Ted Price, founder and CEO of Insomniac Games. “We are excited and eager to introduce Insomniac to a new group of gamers while reinforcing to our loyal fans what makes our games special.”

Talent aside, from a publicity standpoint, this, too, is a rather clever move on EA’s part. Two points of interest stand out in light of this agreement. The first is that Insomniac are widely considered to be a company with fantastic employee benefits and a flexible working environment. The second is that they choose to maintain a close relationship with their fans and community, both of which EA could potentially play up to set themselves further apart from the competition.