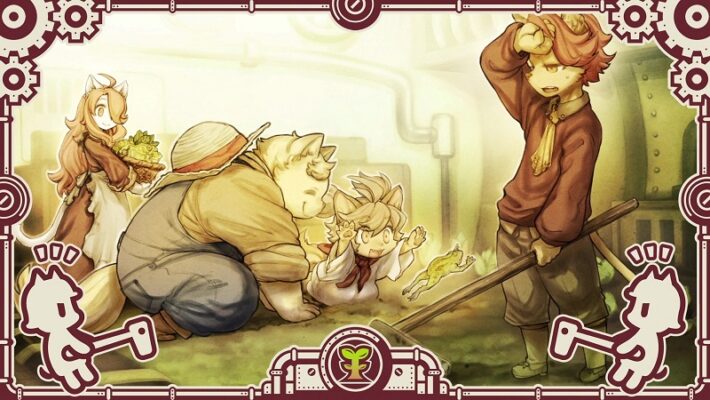 Fuga: Melodies of Steel has players guiding a group or children as they fight to rescue their parents and loved ones. Luckily, they have a special tank that might help them win the day, but what will the horrors of war do to ones so young? And what terrible sacrifices will be expected of them if they can’t come up with tactics equal to seasoned veterans? It’s an emotional and tactical journey (one that’s pretty darn good), but far from an easy one to make. Siliconera spoke with Yoann Gueritot, Director of the game, to learn more about what interested the developer in putting young children into military combat, what thoughts went into creating its intertwining systems, and what drew them to create a weapon that uses the game’s beloved characters as its ammunition.

Joel Couture, Siliconera: What was it like to return to the world of Little Tail Bronx after so many years?

Yoann Gueritot, CyberConnect2: Solatorobo was released in 2010, and the company has always wanted to go back to this universe since. Unfortunately, the game’s poor sales prevented us from working on another title with Bandai Namco Entertainment, but self-publishing gave us that opportunity again. Actually, some members from Solatorobo, and even Tail Concerto‘s original teams, worked on Fuga: Melodies of Steel!

It’s been 10 years since Solatorobo and we know people had mostly forgotten about its lore, but I didn’t want to have any inconsistency with what we’ve already established, so I made sure to check every document we had while writing the plot (and we had a lot!).

Fuga: Melodies of Steel places children in a time of war. What drew you to show war from this viewpoint? To explore the experience of children facing the horrors of wartime?

Gueritot: We wanted to create something new, showing a contrast between the children’s innocence and the brutality of war, to make the player feel complex emotions. The themes which the game explores are pretty dark and serious (loss, war, racism, child soldiers, etc), but by showing them through children’s eyes, I believe we managed to make them feel less heavy than they usually would be. 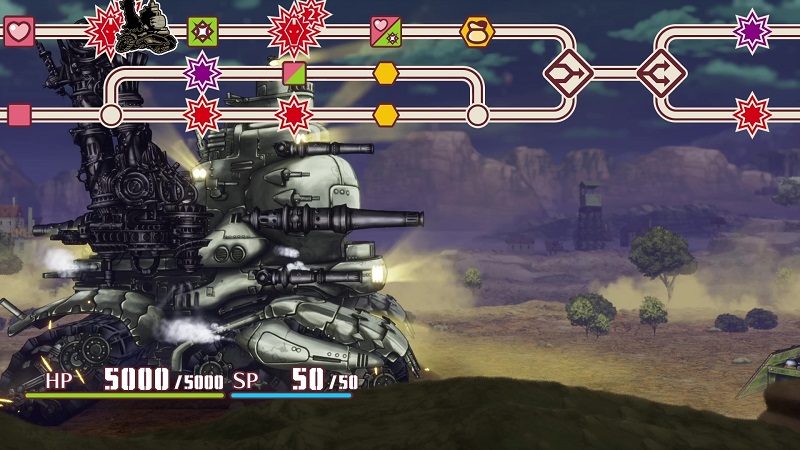 The game features a complex battle system. What thoughts went into creating the weapon weaknesses, character weapons, and character abilities together into a tight battle system that would challenge players to always think ahead?

Gueritot: Our intent was to make the player think constantly without showing them an obvious choice. For example, unlike many RPGs which exploit enemy weakness, doing this in Fuga: Melodies of Steel will not deal more damage to them, but only delay their turn. This means that using the weapon an enemy is weak to will not always be the answer, as sometimes using a different weapon skill to lower their armor, weaken them, or kill them quickly will be wiser depending on the situation. I think defeating a group of enemies with your own strategy is more rewarding than just spamming attacks or matching colors, as it gives you a greater sense of satisfaction at the end of every encounter.

What interested you in making weapons grow stronger based on character relationships? In tying personal connections to strength in battle?

Gueritot: The kids in Fuga: Melodies of Steel are just kids, but they grow stronger and stronger as a group as they overcome hardships together. That was the idea from the beginning. Each of them is individually weak, but by relying on each other, they find the strength to fight through this war. It also applies inside the tank: for example, only one of the kids can help with another kid’s depression, and you will need your friends’ help to craft the strongest weapons.

What thoughts went into creating the Soul Cannon? In creating a game that makes the player love their characters, but then gives them the ability to sacrifice the people they care about to win a fight?

Gueritot: As weird as it sounds, we didn’t implement the Soul Cannon because we wanted the player to sacrifice their beloved characters. It’s actually the opposite. The Soul Cannon exists so you can feel the satisfaction of protecting the kids by not using it. It’s always on your mind and you might think about using it a few times considering the game’s difficulty, but by making the right decisions during intermissions and battles, you can beat the game without using it at all. Also, we wanted to give the players a last resort option to pursue their journey even if they can’t beat a boss. 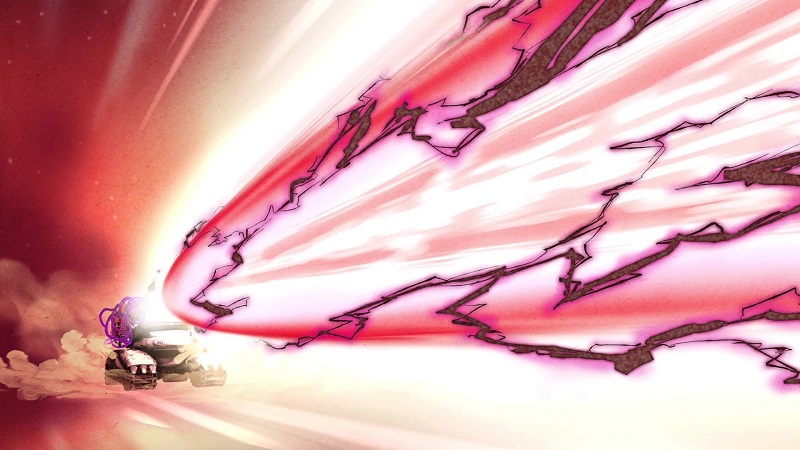 Forging relationships, improving the Taranis, fishing for items, and cooking mainly happens in-between fights, and all while on a time limit. Why did you choose to have these moments available under times of pressure? What do you feel this added to the game?

Gueritot: Battles in Fuga: Melodies of Steel can be very exhausting, and we felt like we needed a phase where the player and the characters could breathe a little and relax. More than that, we wanted to give the kids a place to be what they are: kids. During intermissions, you can see them eat, sing, prank each other, and sleep when they’re tired, and it was very important to us to show this aspect of their journey.

Fuga: Melodies of Steel doesn’t offer any sort of money, making players do trades or take risks between battles to get items they need. Why did you make this decision?

Gueritot: We thought it would feel more like war if the characters bartered scraps with the villagers, rather than buying the items you want with money you’d find on the enemy tanks. Also, we wanted the players to find a way to reach the end only with what they were given, like a survival game (This is also why there is no grinding).

There is a stark contrast in visual styles for the children/civilians and the soldiers/military gear. What feelings did you want to draw from the player through the game’s visual design?

Gueritot: For this, we also wanted to make a clear contrast between the kids’ cuteness and the harsh realities of the adult world. Also, being heavily inspired by 80’s and 90’s anime aethestics, we wanted the player to understand at first sight who were the good and the bad guys. 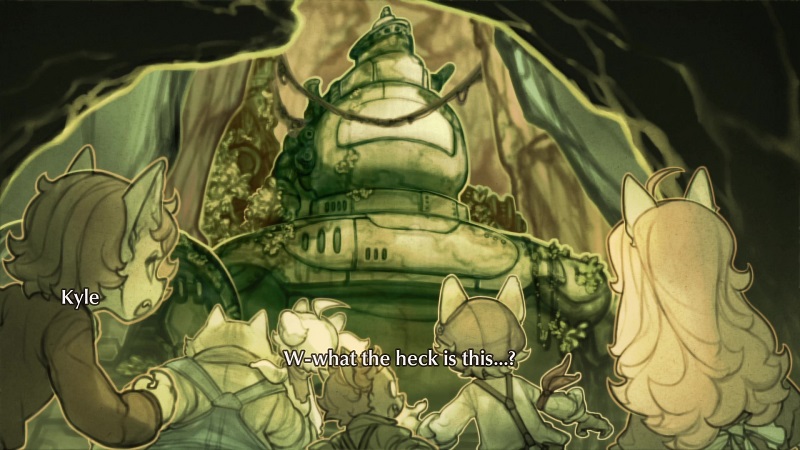 The Taranis is a unique kind of tank. What sorts of design ideas and research went into creating it? Into creating the enemy units?

Gueritot: I guess it won’t surprise anyone if I say our main source of inspiration was Hayao Miyazaki’s works, especially Howl’s Moving Castle and Nausicaä of the Valley of the Wind. We had a lot of different concepts for the Taranis, but all of them had some round parts to make it look organic, like it was designed in the 80’s. Also, with the Soul Cannon being a major feature in the game, we decided to make it huge and always visible so the player never forgets its presence.

Concerning the enemies, we tried a different approach to make them distinct from the Taranis, but we felt like something was missing. That’s when I proposed to add dog ears to all of them to make the Berman tanks look menacing and cute at the same time, like the rest of the game.

What kind of challenges have you encountered self-publishing Fuga: Melodies of Steel?

Gueritot: Self-publishing a game for the first time sure isn’t easy, for many reasons. First, you have to handle all the Quality Assurance part yourself, without relying on your usual publisher’s QA team, which is a lot of work. Then you also have to do all the paperwork and meetings with every manufacturer, each of them having their own store, rules and policies. Lastly, all the promotion has to be handled in-house as well, which is clearly the most difficult part when you don’t have as much experience and power as a big publisher.

However, it was a great experience for all of us, as we’ve learnt a lot about the industry and other things we usually don’t consider as a developer.

What are the chances we could see Tail Concerto or Solatorobo: Red the Hunter return in remastered forms?

Gueritot: Unfortunately we don’t have any plans for it, and we cannot decide to do it on our own, since it’s the property of Bandai Namco Entertainment. So, if people want a remake of Solatorobo I guess they should spam them until they get what they want, or make a petition (I’d sign it, by the way!).

Fuga: Melodies of Steel is available now on the Nintendo Switch, PS4, PS5, Xbox One, Xbox Series X, and PC.