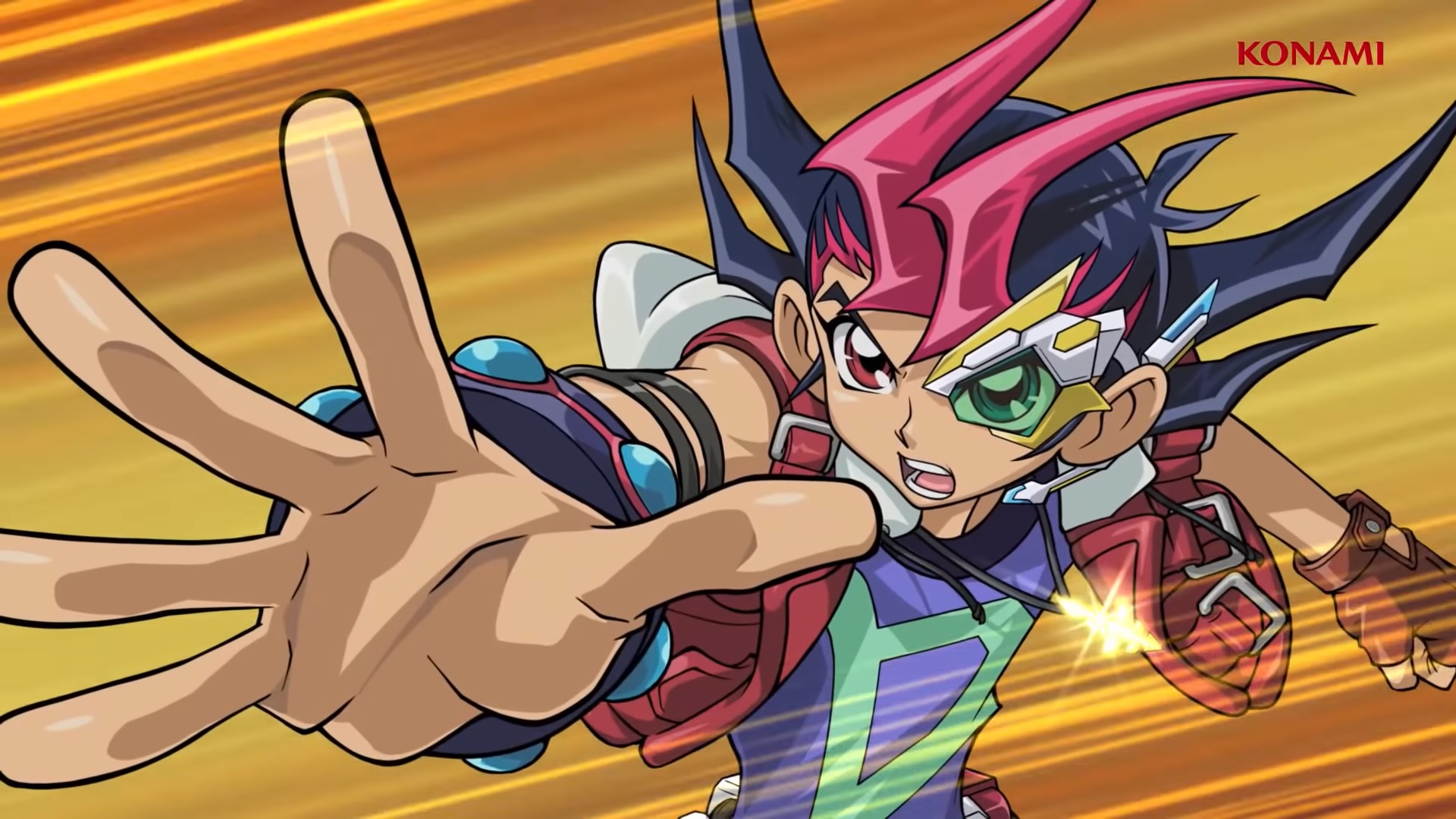 Yu-Gi-Oh! is an expansive series that’s branched out in so many ways. People can play the card game (both physically and digitally). They can read manga and watch anime adaptations. There are spin-offs. Yu-Gi-Oh! Duel Links has been running for years, with different installment’s stories, cards, and elements added in. Ahead of the inclusion of Yu-Gi-Oh! Zexal, Siliconera spoke with Lead Producer Akitsu Terashima about the game and integrating these new elements and mechanics.

Jenni Lada: What does the process of adding new characters, cards, and story elements to a game like Yu-Gi-Oh! Duel Links? When does this sort of process get started and how many steps were involved when preparing the Yu-Gi-Oh! Zexal content?

Akitsu Terashima: Since we released the previous world one year ago [Yu-Gi-Oh! The Dark Side of Dimensions], we started to discuss about releasing Zexal world. At the beginning, we selected which characters and cards to put into the game, and then we would go into the layout of the map and the animations for the Xyz Summoning sequence. It’s a lot of back and forth, reconsidering some aspects and refining the details again and again.

Specifically, we would first discuss and decide what Zexal world should be. After that, we selected which characters to include and their dialogues, and while the designs of the characters were being developed we looked into which cards we would release in the game. Furthermore, there were multiple steps because we also had to introduce new “Xyz Summoning,” which is essential in this update, while developing the new world map at the same time.

We, development team, always keep in mind what we should do to make Yu-Gi-Oh! and Zexal fans happy and make those ideas into reality.

How do you determine who makes the cut and what sort of role elements from Yu-Gi-Oh! Zexal will play?

Terashima: We would determine the characters and game features by taking the characters that were quite notable in the original anime series and also the scenes that were the fan-favorites and seeing how we could put those elements into a mobile game.

How influential are fan requests when something like this happens? Once you make a decision, do you start watching the community closer to see what they might want or expect?

Terashima: We rely on the feedback we get from players through the in-game surveys. We do get a lot of different comments, but we utilize that feedback to continuously improve our game.

It’s definitely rewarding for us (especially the team members who handles those parts of the game) when we get to see fans rejoice over the new characters and cards.

What sorts of balancing was involved, with regard to the Xyz monsters?

Terashima: To make sure that players will be able to enjoy the new “Xyz Summoning,” we take in a lot of consideration on which cards will match the current dueling mechanics but will also have a significant influence on the game.

What kinds of cards can we expect to see with the update? Are there one or two you’re especially excited to see worked into people’s decks?

Terashima: This is the first time “Xyz Summoning” will be introduced into the fast-paced dueling system we have in the game, and so not only are we excited to see the Xyz Monsters that were popular in Yu-Gi-Oh! OCG, but we are looking forward to seeing how players will utilize some of the cards that didn’t stand out as much.

We also add the cards that are quite useful for “Xyz Summoning,” so we are very happy if players use those cards in their decks.

Yu-Gi-Oh! Duel Links has been available since 2016 in countries like Japan and available in 150 countries/regions since 2017. How do you keep the game fresh? Do you have any plans for the 4th anniversary?

Terashima: Consistently providing content that would amaze fans of Yu-Gi-Oh! OCG/TGC and the original anime series and world provide an enjoyable experience is what keep in mind when developing the game. We also hope that this game would provide an opportunity for those who’ve never played Yu-Gi-Oh! OCG/TGC before to find out how much fun Yu-Gi-Oh! Dueling is.

Not only do we have the upcoming 4th anniversary, but we are already looking into plans beyond that, so stay tuned for the future of Yu-Gi-Oh! Duel Links.

Yu-Gi-Oh! Duel Links is available for Android devices, Apple iOS devices, and PCs. The Zexal update will arrive on September 29, 2020.