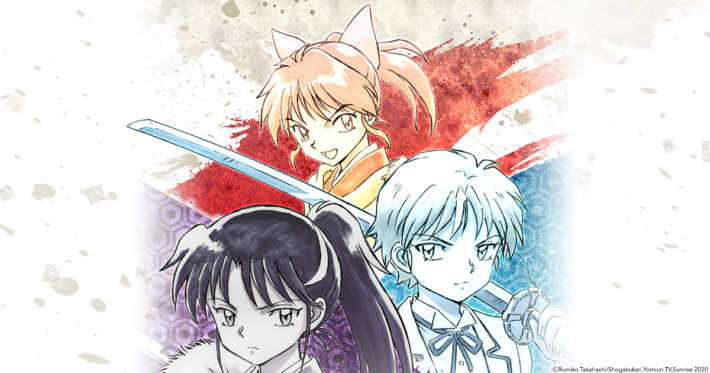 On May 8, 2020, it was confirmed that Hanyou no Yashahime: Sengoku Otogi Soushi, an Inuyasha sequel with Rumiko Takahashi handling main character design. Now, Viz Media has announced it will be bringing the show, which is once again handled by Sunrise like the original series, to North America and Latin America as Yashahime: Princess Half-Demon. It will be available to stream, purchase digitally, and purchase physically.

In addition to the localization, more of Yashahime: Princess Half-Demon’s staff has been revealed. Alongside Takahashi, other alums have been announced. Teruo Sato, who worked as a director on multiple episodes of the original series and Aikatsu!, Tales of the Abyss, and Yakitate!! Japan, will be the director. Katsuyuki Sumisawa, who wrote scripts for past episodes and movies and various Dragon Ball Z scripts, is putting together the screenplay. Kaoru Wada, who was also a composer for Princess Tutu, Samurai 7, and the Ace Attorney anime series, is returning as the composer. Also, Yoshihito Hishinuma, who is also known for working on various Gundam series, will handle “animation character design.”

Here’s the official Viz Media description of the plot from its blog announcement:

In Feudal Japan, Half-Demon twins Towa and Setsuna are separated from each other during a forest fire. While desperately searching for her younger sister, Towa wanders into a mysterious tunnel that sends her into present-day Japan, where she is found and raised by Kagome Higurashi’s brother, Sota, and his family.

Ten years later, the tunnel that connects the two eras has reopened, allowing Towa to be reunited with Setsuna, who is now a Demon Slayer working for Kohaku. But to Towa’s shock, Setsuna appears to have lost all memories of her older sister.

Joined by Moroha, the daughter of Inuyasha and Kagome, the three young women travel between the two eras on an adventure to regain their missing past.

The anime’s official website is now also open. It shared art for each of the three heroines, which you can see below. Towa wears a suit, Setsuna has long, black hair tied in a ponytail, and Moroha is the young woman with both a bow and a sword. 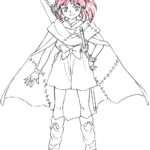 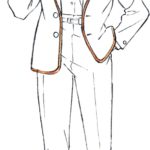 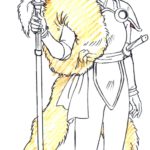 The Inuyasha sequel Yashahime: Princess Half-Demon is currently in development. Once it begins airing, Viz Media will handle the North American and Latin American release.