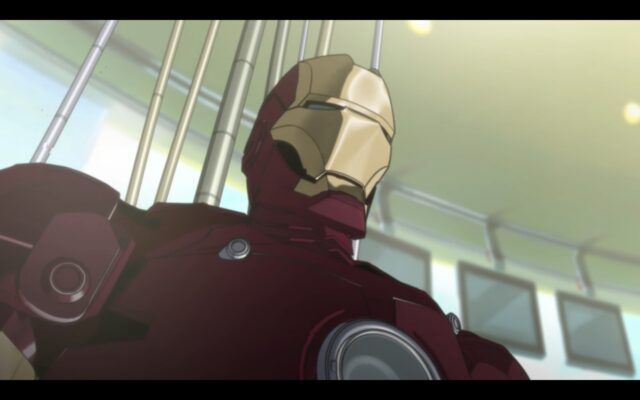 People have a chance to sample an older Marvel Anime series. The first episode of the Madhouse Iron Man anime is now available on YouTube. People can watch the entire “Japan: Enter Iron Man” dubbed episode online. There is no option to watch it with Japanese voice acting and English subtitles. [Thanks, Anime News Network!]

The series begins as Tony Stark is about to retire. He’s created a new Iron Man Dio suit of armor. As he’s working on the Japanese Arc Station and preparing it, the Zodiac Order’s agents begin causing trouble. Rather than stepping back from his role, Stark must now don the Iron Man suit again and deal with troubles with the Arc Station, Dio armor, and Zodiac Order.

Here’s the full first episode of the Marvel Iron Man anime. The full story is told over a 12 episode arc.

It is unknown if additional episodes of the Iron Man anime will appear via Throwback Toons, though clips of other Marvel Anime series did appear. For example, there are quite a few snippets from the X-Men series, with the most recent one involving Takeo.

Marvel Anime Iron Man episode one is now available on YouTube. All 12 episodes are available on Blu-ray and DVD. The other four series in this line are Blade, Wolverine and X-Men.