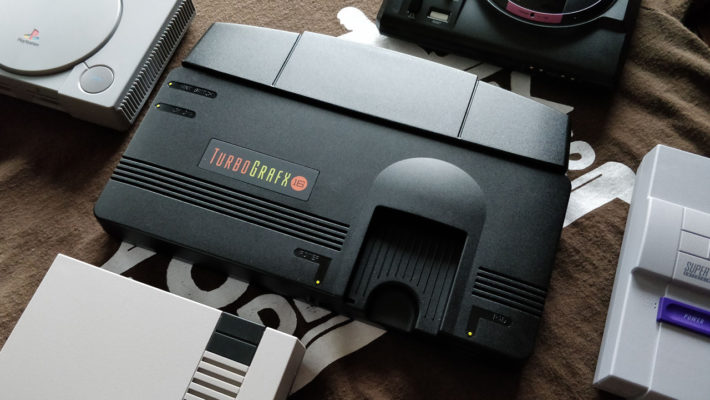 With no announced projects on the horizon and the degree of expense and difficulty much higher for the remaining options, Konami’s TurboGrafx-16 Mini may be the last of the dedicated microconsoles. Big controllers. Difficult-to-emulate platforms. A world that is leaning toward more digital solutions lately. Whatever the cause, it’s certainly possible. Still, if this is the end, the TG-16 Mini takes us out on a high note.

The TurboGrafx-16 Mini, or PC Engine Mini, is an Amazon-exclusive release from Konami. The company is the current owner of the Hudson Soft catalog and publisher of some of the platform’s most revered releases. Konami’s games have been featured on all of the other little game boxes, so taking advantage of the platform it owns in the same way does make a lot of sense! Any of the device’s regional versions include essentially the same libraries, allowing Western players to dip into the gem-filled import collection as well as domestic staples.

In terms of build quality, it’s a solid device. Konami partnered with Hori to make the TurboGrafx-16 Mini, and you’d be hard-pressed to find a manufacturer with a similarly long and reliable track record. While the two PC Engine Mini models are similar in size to the Nintendo and Sega boxes, the TG-16 version keeps up its tradition of being straight-up huge. It dwarfs the others with its extra plastic width.

There are even some elements that improve upon the original design! There are two USB controller ports rather than the original’s one. The cord length is more than generous. You’ll still have to buy extra controllers if you want to play with more than one player, and there’s even a Multi Tap option to play those big Bomberman and Dungeon Explorer games in style. Still, with the original system’s base configuration only supporting one anyway, most of the titles are tailored for just that. 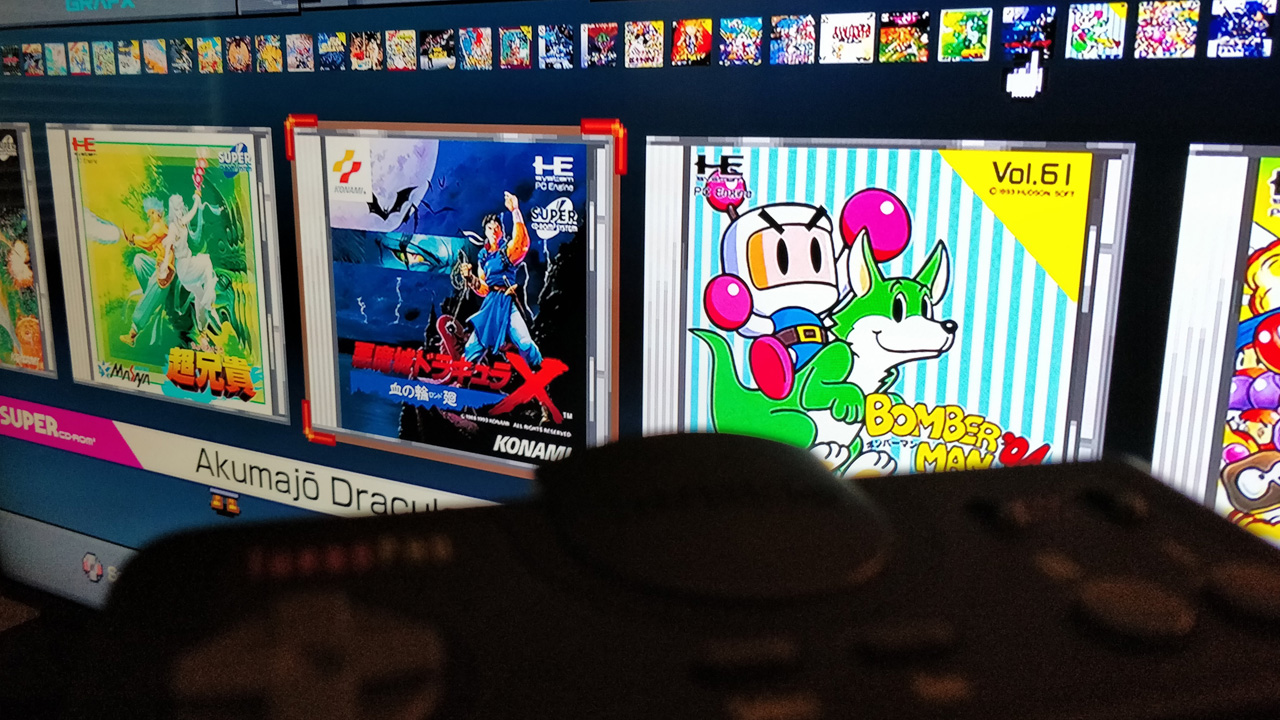 Unlike its more popular brethren, the TurboGrafx-16 hasn’t always had the biggest modern support. While some of its library did make its way onto Virtual Consoles over the years, chances are that you haven’t been able to buy a lot of these games and play them in this format. Even the popular games in the lineup (like Ninja Gaiden and Gradius) feel special, because this isn’t the version that normally gets re-released.

And these re-releases? They’re handled with care. So far, it seems like you can only do these mini consoles right with the help of one of two teams: Nintendo European Research & Development and M2. While the first’s classic console expertise is limited to its corporate owners, M2’s demonstrated prowess on the Genesis was attainable for Konami. It was for sure the right move, too. There are occasional emulation and lag issues that experts may detect, for sure. The average player, though, will find that these games play exactly like they’d want them to play.

The menus and feature set included here feel way more like Nintendo’s take than Sega’s. It’s comforting to be able to find all the things where you’re used to finding them, so this works. We’re most encouraged by the additional bells and whistles. There’s clear passion to the aesthetic, and M2 went so far as to replicate the insert and boot sounds of the platform’s various formats.

Unsurprisingly, a lot of what you’ll get out of the TurboGrafx-16 Mini depends on how much you like scrolling shooters. Like with the original hardware, the microconsole’s game selection is heavy on this genre, and fans of that gameplay will enjoy the cornucopia of options. There are quirky ones like Star Parodier and Cho Aniki. There are classic ports like R-Type and Fantasy Zone. And hey, there are also late-life tech showpieces like Ginga Fukei Densetsu Sapphire. If you don’t like shoot-’em-ups, though? You just lost about half of the library. 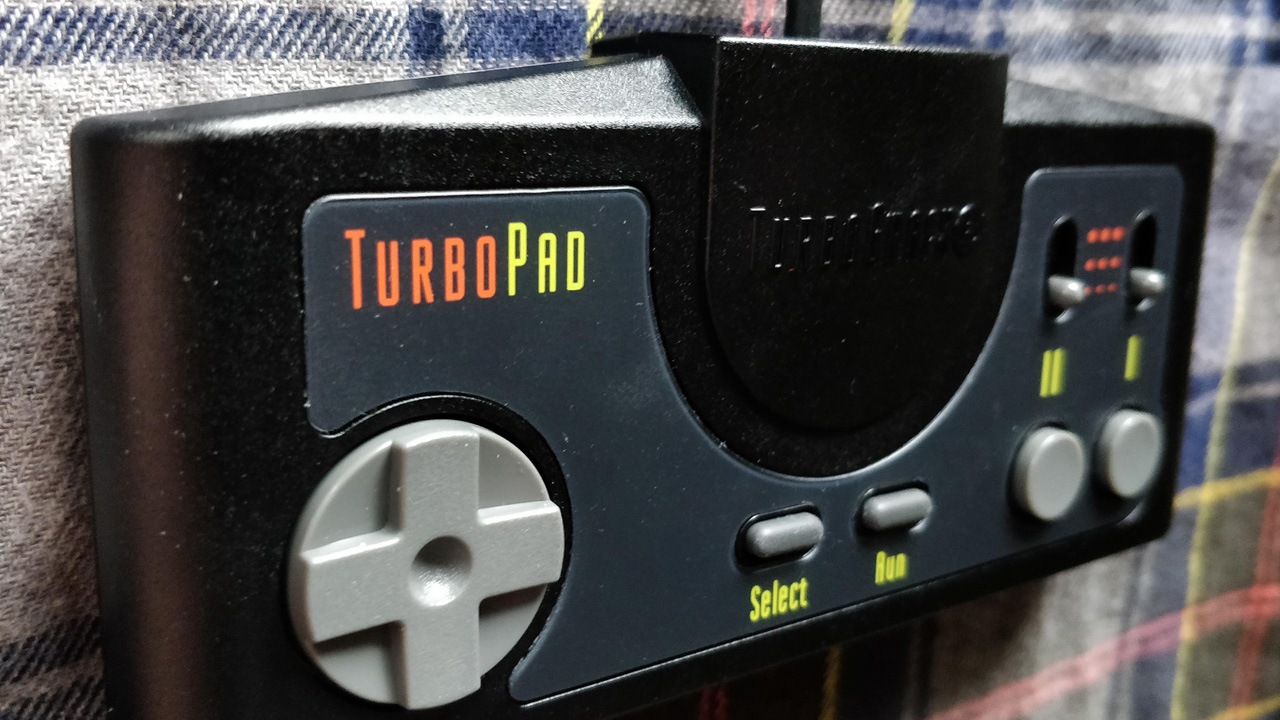 The TurboGrafx-16 lineup is certainly more diverse than the PC Engine selection, with more genres represented. This isn’t really a surprise. The TG-16’s limited Western life and focus on head-to-head marketing meant its library was smaller and it was important to have a representative in areas like racing and sports to reach those markets. Many of those games make a reappearance in this collection, and the quality is as inconsistent as you’d expect. This thing had to include J.J. & Jeff in the same way the Genesis Mini was forced to include Altered Beast, but other launch-window releases retain a bit more play value.

Still, a lot of the Mini’s earlier inclusions are more for nostalgia than playability. Many of its games feature big, detailed sprites to show off the hardware’s early graphical advantages, and it often leads to a limited viewing window that hurts gameplay. Thankfully, there’s also a selection of titles from the late-life CD era. There are more of these in the PC Engine section of the menu (and most of them are totally playable), but still: these games knew what worked on the platform, and what gimmicks to avoid along the way.

It’s clever how the TurboGrafx-16 Mini’s lineup is split to offer players from all regions more titles to play. PC Engine gets Bomberman ‘94, TG-16 gets Bomberman ‘93. PC Engine gets Bonk’s Adventure (PC Genjin), TG-16 gets Bonk’s Revenge. Since so many games are language-free, there are only a few duplicates (like Ys and Military Madness), leaving more options for all.

Its release may have been a long time coming for those anticipating its Western availability, but the TurboGrafx-16 Mini does an admirable job polishing up its library for modern enjoyment. Its specialized games selection may not be for everyone, but it’s hard to imagine a version of this thing that delivers better.

The TurboGrafx-16 Mini is available now exclusively on Amazon. For more on the system, check out our guide to its import lineup.