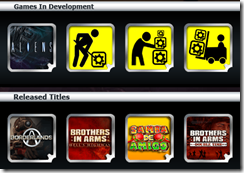 Gearbox Software, the developers of Borderlands and Sega’s Aliens shooter, may be working on a game called Z-Day.

The Texas based studio trademarked Z-Day for use with computer game software and surprisingly action/adventure based motion pictures. No such title has been announced, but Gearbox, according to their website, have three top secret games plus Aliens Colonial Marines in development.

Z-Day could be one of them. Given their expertise in first person shooters and the title referring to a sudden zombie attack, Z-Day could be a zombie FPS.