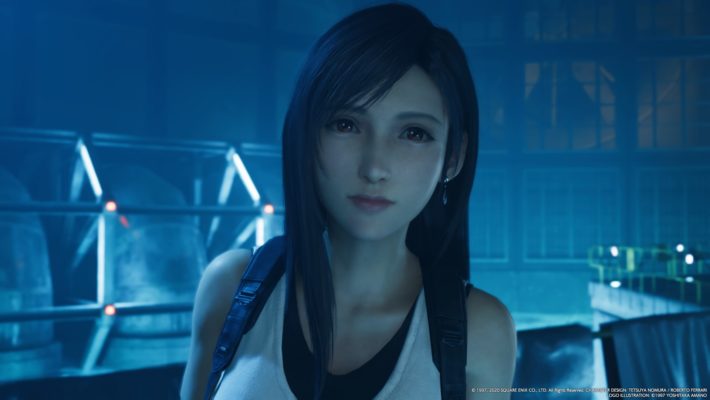 Tifa is an iconic Final Fantasy heroine, and for good reason. Even in her original incarnation, Square had everything right. She was strong, but vulnerable. She had incredible human qualities, but flaws too. Further installments in the Final Fantasy VII collection of works have only helped build her up. If there’s one criticism people might have been able to levy, it is that due to the nature of the medium at the time, she and her story didn’t get as much attention and establishment early in. It might have seemed like Aerith could have had a little more attention early on, especially with one-on-one moments with Cloud. The Final Fantasy VII Remake Tifa representation is spot on from the very beginning, helping to provide even more background and substance for one of the best heroines in Final Fantasy history.

Editor’s Note: There will be no Final Fantasy VII Remake spoilers below. However, some elements from the original Final Fantasy VII’s story will be referenced and references to experiences with her in the first few hours. 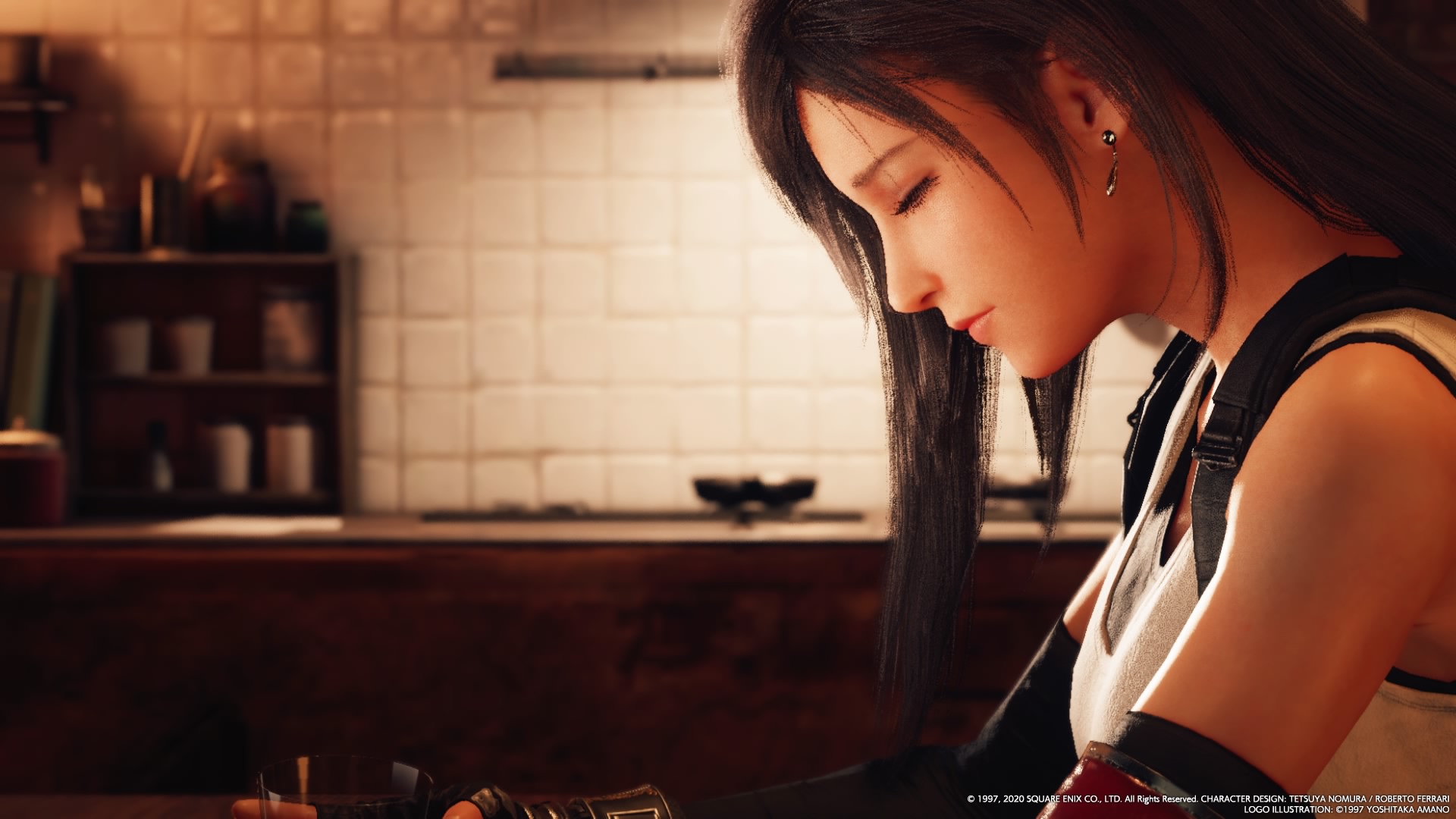 With Final Fantasy VII Remake, Tifa’s additional development starts almost immediately. After the initial bombing mission, Cloud rendezvous with the group at Seventh Heaven, the bar she runs and Avalanche’s hub. She greets him in a similar fashion to Final Fantasy VII, and we see the same exchange with the flower. But from there, Square Enix takes the opportunity to expound on the situation. Their interactions are cordial and certainly friendly, but it feels like Tifa is making more of an effort. Maybe it’s just me, but there’s a bit of anxious enthusiasm there. Like she knows how long it has been and how much has changed, but she’s trying to make Midgar seem as inviting as possible.

There’s a sense of nuance Britt Baron brings to the role of Final Fantasy VII Remake’s Tifa. It’s the way she phrases things and the inflection in her voice; it adds additional meanings even when the lines echo ones from the original game. For example, when the game is introducing the concept of sidequests, you can see that it pains her a bit to try and offer to pay Cloud with “exposure” instead of money when Avalanche comes up short initially on his fees. When she’s realizing the difference so many years have made, you can hear the realization weighing on her. 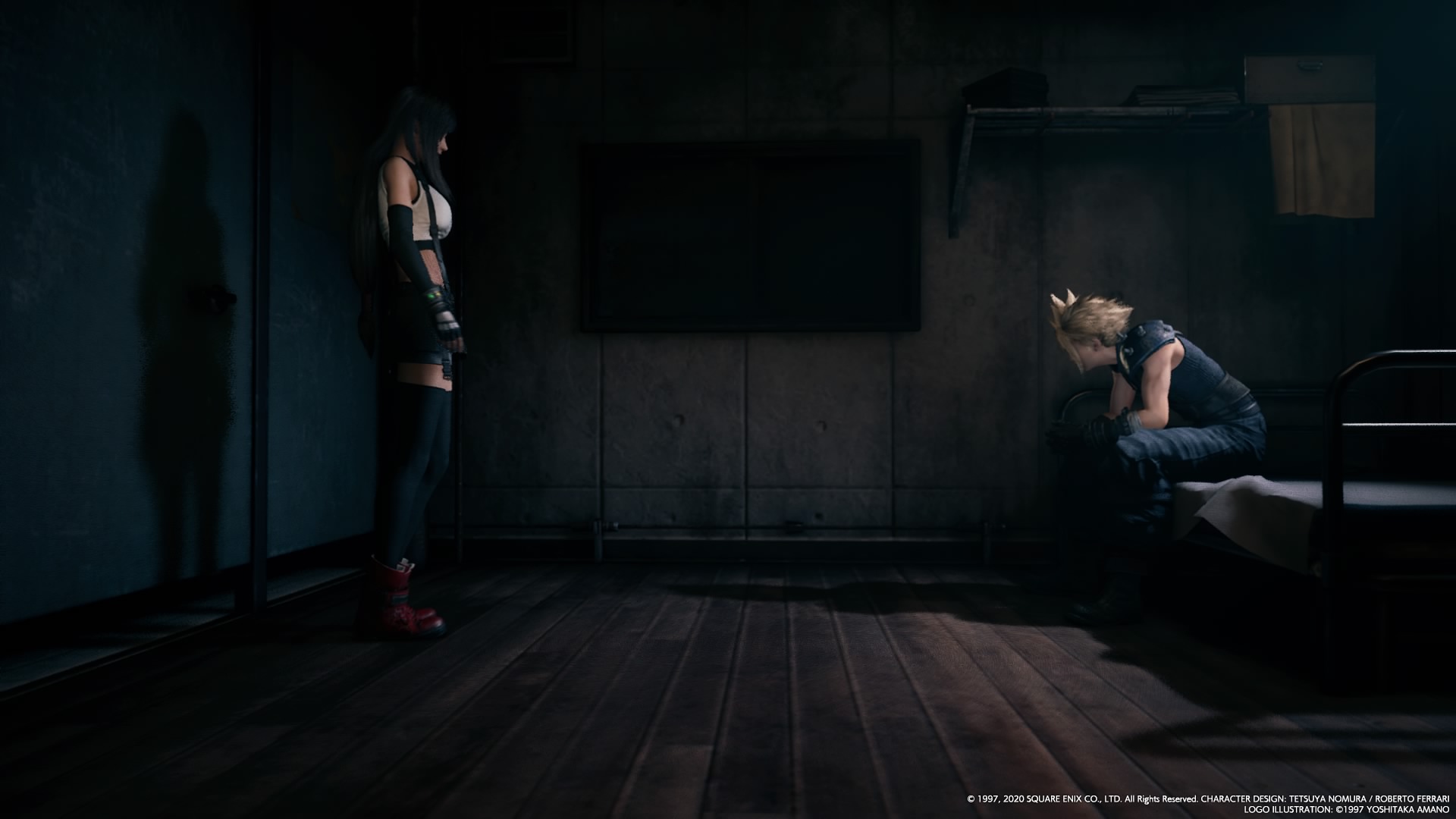 The acting isn’t the only subtle way Tifa’s character and relationships are defined in Final Fantasy VII Remake. What I also love is the sense of space surrounding Cloud and Tifa, and how it parallels the current state of their relationship. Not long after Cloud comes to the Sector 7 Slums and is set up with an apartment by Tifa, we see the two of them in Seventh Heaven together. After a conversation with other members of the group, she takes a seat at the bar, rather than behind it. We see the two of them from the back, one at each side, with this tremendous gap between them.

Not long after, she stops by Cloud’s apartment. Again, there’s this distance when she talks to him and addresses the time that has gone by. The cinematography is excellent and helps tell us things even when the story isn’t explicitly spelling things out. Throughout his time in Midgar, with Tifa, things gradually change. It makes things fun to watch and again, helps subtly showcase her character as we see her body language change. 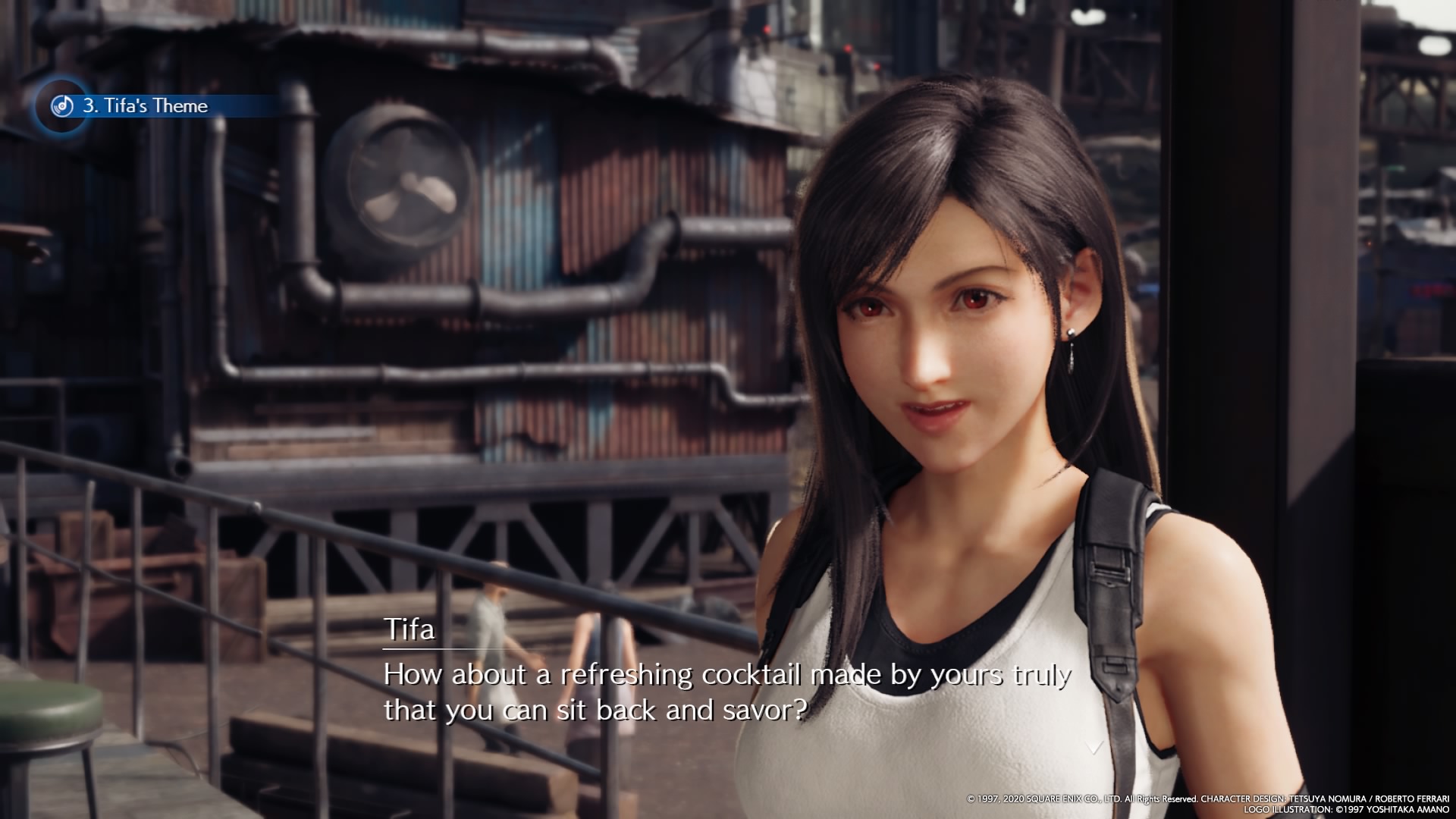 But then, Final Fantasy VII Remake is also very blatant too. In the original game, it takes quite some time to learn about Tifa’s past and her backstory with Cloud. Due to the PTSD Cloud is experiencing and his flashbacks, we get to see more memories of her early on. Also, the increased amount of time spent with Avalanche means we get to see what Tifa’s experiences with the group members are like and her thoughts on their actions. These extra memories and moments mean we can better understand what brought her to Midgar and led her to working with an extremist group. She never outright says it, which makes sense given the mental and physical distance between her and Cloud upon his return, but all of the surrounding moments, her hesitance when she speaks, her desperation when she exclaims to someone who doesn’t understand, “I don’t want anyone to die. Please!”

It may be a strange way to say this, but Final Fantasy VII Remake is so good to Tifa. Which isn’t to say that it favors her above others. But rather, this game does such a service to her. It doesn’t take away any elements of her personality or fighting ability. Instead, it just does what it can to exemplify everything that is great about her, enhance it, and make it easier to understand who she is without forcing people to wait until the second disc.

Final Fantasy VII Remake is available for the PlayStation 4.