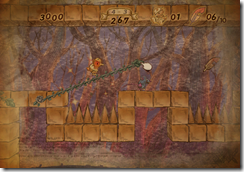 Ivy the Kiwi?, Prope’s upcoming game, stars a helpless little kiwi searching for its mother. You have to guide the baby bird by drawing vines, breaking rocks, and dodging mice. While Ivy the Kiwi? was first available on Windows powered mobile phones, it’s original platform is Wii.

Yuji Naka, creator of Sonic the Hedgehog and CEO of Prope, explains why the cell phone version came out ahead of the console version and talks about the game’s design in this interview.

What was your inspiration for creating Ivy the Kiwi?

Yuji Naka, CEO of Prope: It started off with our young employees doing a test program using vines to control characters. In this case it was a bird. When I took a look at it I thought it was really interesting and we decided to make it into a company project. From there it became Ivy the Kiwi?.

Was it always a bird?

It was a kiwi from the start. We wanted to create a game with a flightless bird that can’t really do anything on its own so you want to help it out. In the very beginning, it had more of a realistic feel to it, but since you have to help the character so much we wanted to create a ‘you can do it!’ type of feeling so we decided to go with a baby kiwi. 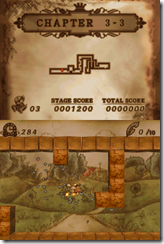 When I played Ivy the Kiwi? it felt simple, but there are all kinds of tricks you can do by swinging the kiwi around with vines and slingshotting it. Did you plan to design the game this way?

No, in the very beginning we didn’t know how sophisticated the moves could be. As we were progressing through the development and we made 50 stages, then 100 stages, we were trying out the stages as we made them. As a player, our skill set started to improve and we were surprised what kind of controls we could execute.

From there we started adding ideas. I would say ‘this would be more fun if we do it this way’. As we were developing it we discovered more ways to implement these controls.

A lot of those were done from our young employees. Later on you’ll be able to do these metal finding missions. They started really strategizing what’s the best way to finish those stages. They drew up stages on paper. “If I put a vine there it would be more efficient”, by thinking that way they were able to do some amazing runs.

As an action game, I think it is a game where you can level up your skill. Not the character, but as a player you skill up. It’s a different kind of fun playing the game. At the same time, we weren’t sure if players would be able to know what kind of gameplay there is so we talked with Bandai Namco to publish the super play videos as well.

I’m not sure if US gamers are aware Ivy the Kiwi? can be played this way yet.

After releasing regular gameplay videos we’ll start releasing super plays so people will know what they can do. I think compared to Japanese gamers, US gamers like those kinds of challenges. They think “I can do better!” and post it up to things like YouTube. What do you think would be the best way for people to know about super play?

Now that you mentioned it, YouTube would be a great way for people to share power plays. It may be too late to add this in the Nintendo DS or Wii version, but maybe you could update the Windows phone version with this feature.

If only the Wii or DS had that kind of feature or system that would be really great. Currently, with their specs they don’t have that, but if it was something like a 360 it would have been easier.

At the same time, I’m hoping people find a way to record their best runs and post them up. 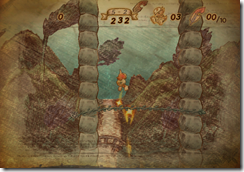 How did the game go from Windows phone to Wii and Nintendo DS?

To tell you the truth, we actually created the Wii version first. At the end of the Wii development we started the Nintendo DS version. In the middle of the DS version, we started development of the Windows phone version.

Oh, that’s interesting. There has been some chatter about Ivy the Kiwi? being a Windows phone to Wii port, but that’s not the case.

Especially, if you play the game you’ll feel the difference. I don’t think we would be able to come up with the idea without the Wii. We were playing with the Wii and developing with the Wii. It’s sort of the same thing with Let’s Tap. We’re always looking for a new and innovate way to attract players. We tried a lot of experiments with different control systems and this is a good example of trying something new.

Why did you work with Namco Bandai instead of Sega who published Let’s Tap?

The simplest answer would be we showed it to Bandai Namco and they really liked the product and they wanted to work on it. So, we started working together. 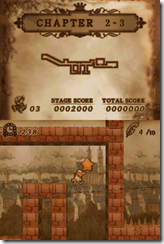 In the future, will Xseed publish Prope’s games?

Yeah, if we could that would be great. We’re in the midst of developing new titles too so maybe we can work together.

What can you tell us about these new games?

I can’t really tell you the hardware or platform now, but one of them involves using the sky and it’s an original character IP we’re creating.