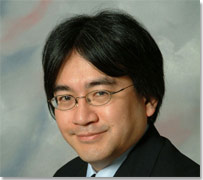 At Nintendo’s latest investor Q&A, company president Satoru Iwata touched upon a variety of different subjects, ranging from the potential of the Wii to 3DS development costs.

In addition to confirming that the 3DS will allow you to switch between stereoscopic and “regular” 3D at any time, Iwata stated he believes converting a 3D game to stereoscopic 3D shouldn’t require too much effort on the part of developers, according to a report at Japanese blog Andriasang.com.

“If a game is originally made as a true 3D space, you make the 3D image by drawing two lines, one matching the left eye and one matching the right eye, so converting a game that already takes place in a 3D world into 3D is not all that difficult,” he told investors.

Iwata continued: “If you try to make something that’s not in a 3D world into 3D, you’ll probably have some cost. However, I don’t really feel that there’s any substance to that. Naturally, you won’t make a game interesting by just making the visuals 3D. It’s when you offer an interactive experience in the 3D visuals as part of a set with something that is interesting that you first have value as entertainment.

The cost of experimentation, he went on to say, could be lowered by smart management and maintaining small teams during the prototyping phase. Iwata also confirmed that part of the reason the 3DS announcement was made public prior to its E3 unveiling was so that Nintendo would be able to show off third-party software at the event.