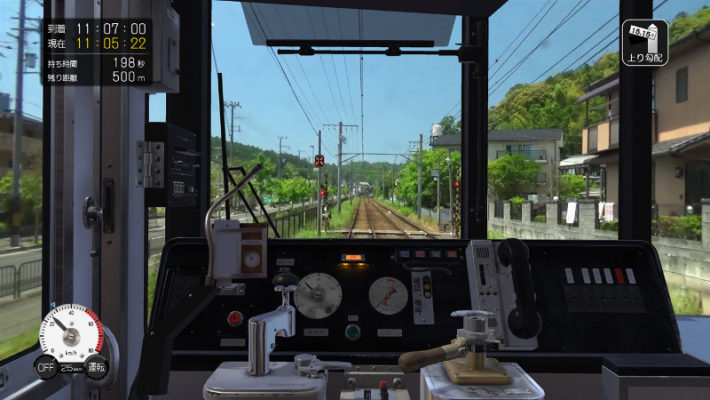 Sonic Powered will release Japanese Rail Sim: Journey to Kyoto on the PlayStation 4 on December 10, 2020. The Japanese press release also confirmed that the game will support not only Japanese but also English subtitles. [Thanks, 4Gamer!]

This PS4 release is based on earlier releases of the train simulation game on other platforms; all of which had also received an English localization. The game originated as Japanese Rail Sim 3D: Journey to Kyoto on the Nintendo 3DS, which was released in Japan in October 2014 and also later in North America on August 6, 2015. It was later brought over to the Nintendo Switch, which was again released first in Japan in November 2019. The western English release of the Switch version was initially slated for April 2020, but it was delayed to May 17, 2020, due to the pandemic.

In Journey to Kyoto, you will drive a train on the Eizan Electric Railway, a well-known railway that actually exists in Kyoto, Japan. You will also see famous tourist spots around the railway, such as the Momiji (Maple Tree) Tunnel.

In the official teaser trailer, which you can watch right below, you can see how the live-captured movie of the scenery around the railway looks even more vivid with the PS4’s full HD capabilities.

The PlayStation 4 version of Japanese Rail Sim: Journey to Kyoto will be available in Japan on December 10, 2020.